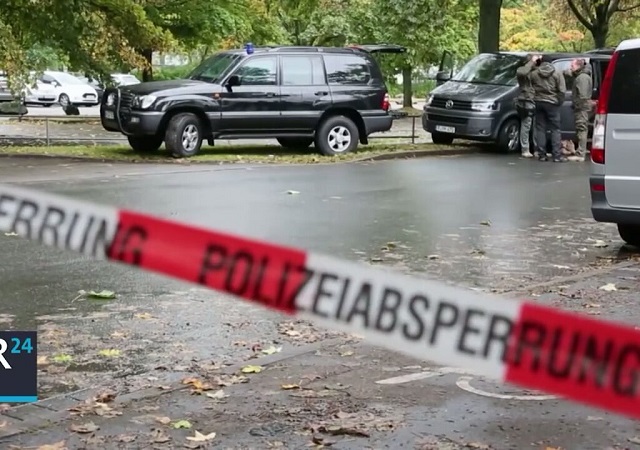 Wednesday, Swiss Police raided a mosque and several houses in search of terrorists belonging to Islamic State. Around one hundred law enforcement officers were involved in the counter-terrorism operation carried out in the Italian-speaking region of Ticino. Police arrested two Islamists of Turkish origin, including a recruiter for Islamic State.

According to Swiss intelligence agency (NDB) more than 20 Swiss nationals have already died fighting in the ranks of ISIS. The lack of Islamist penetration in Switzerland could be related to its smaller Muslim population as compared to other European countries, however, Pew Research shows that in coming years Switzerland too would catch up with France and Germany.

Swiss police on Wednesday arrested two men for suspected involvement in terrorist activities, including recruiting for the self-styled “Islamic State” or similar organizations. (…)

“The Office of the Attorney General of Switzerland is conducting criminal proceedings against two men, one with dual Swiss-Turkish citizenship and the other a Turkish citizen,” prosecutors said in a statement.

The raids targeted several houses and a mosque, prosecutors added. The operation formed part of an independent investigation by Swiss authorities.

When it comes to understanding the threats of political Islam, the Swiss are much ahead of the curve compared to their fellow Europeans. Eight years ago, the Swiss voted to ban the construction of minarets on mosques which they saw as the sign of Islamist conquest. The 2009 referendum result caused a worldwide uproar. German Chancellor Angela Merkel and other European leaders joined Arab and Muslim nations in condemning the Swiss vote. One year later, when the U.N. passed the infamous ‘anti-blasphemy’ resolution pushed by Arab States, the draft made references to the “Islamophobic” Swiss ban on minarets.

Earlier this week, Germany’s domestic intelligence agency (BfV) released its statistics on rising Islamic terrorism in the country. The number of Islamists under scanner have gone up from 100 in 2013 to 1,600 in 2017. Nearly 500 of them were “considered capable of planning a terror attack”. “The new numbers represent an increase of several hundred in a matter of a few months,” German report said.

These numbers should give Liberals in the U.S. a pause to reconsider their opposition to President Trump’s executive order restricting immigration from high-risk Middle Eastern countries. But don’t holding your breath for simple facts like these to change their minds.

The true beauty of this all is that had liberals not gone all pedantic after Trumps rally then the world probably wouldn’t be paying any attention to Sweden!!

Same country isn’t it? Like Scotland and England are the sane country:)