Despite safer cars, drivers on their smartphones have caused too many accidents. 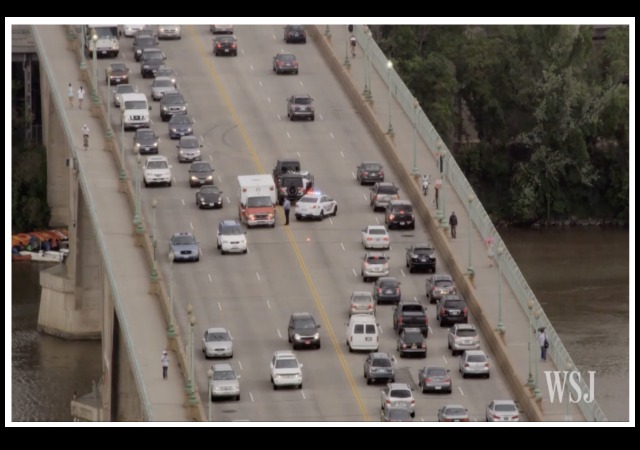 The Wall Street Journal has reported that distracted drivers on their smartphones have caused auto insurance companies to raise rates:

Costs associated with crashes are outpacing premium increases for some companies, and insurers say the use of smartphones to talk, text and access the internet while on the road is a new and important factor behind the wrecks.

Bill Caldwell, the executive vice president of property and casualty at Horace Mann, said the company will probably “raise rates 8% this year, on top of average 6.5% increases in 2016.”

Companies thought rates would drop since car companies continue to develop better and safer vehicles. The smartphones have ruined that plan:

The number of deadly accidents jumped 7.2% in 2015, according to the National Highway Traffic Safety Administration. A recent report from the nonprofit National Safety Council showed an estimated 6% rise for 2016.

The growing number of wrecks “is swamping the much-heralded beneficial impacts of newer, safer vehicles,” said Robert Hartwig, an insurance professor at the Darla Moore School of Business at the University of South Carolina.

The companies also said that low gas prices have compelled more people to use their cars, which gives drivers more opportunities to use smartphones on the road with more drivers on the road as well.

National studies have not caught up to the data found by the insurance companies, but this has not surprised the executives:

Studies that rely on police reports and observations of passing cars likely undercount the scale of smartphone use because drivers don’t always admit to what they were doing and hands-free devices can’t always be seen from the roadside, said Deborah Hersman, chief executive of the National Safety Council.

The companies have to gather as many details on crashes “involving their policyholders because they need to stay on top of trends that affect profitability.” The agents collect the same information as the police, but “[I]n claims that involve litigation, they may obtain drivers’ phone records.”

Put your phone down. Pay attention to the road.

I just wrecked my car as I typed that…….

Personally, I refuse to carry a cell phone – in my car, or on me.

I carry my phone if I’m driving to the next town or late at night. But, just why do people feel then need to answer the thing whenever it rings? It is no problem to just not answer the phone if you are driving.

notamemberofanyorganizedpolicital in reply to rabidfox. | February 20, 2017 at 3:26 pm

Just stick it on vibrate, and forget it.

Then when you are stopped for a cafe, or whatever, then check to see if any calls came in. I mean the cell phone services all have “voice mail” don’t they?

Insufficiently Sensitive in reply to notamemberofanyorganizedpolicital. | February 20, 2017 at 8:04 pm

I mean the cell phone services all have “voice mail” don’t they?

If they’re all as clunky and slow as Verizon, that’s a negative incentive.

Never use ’em. But it looks like I’ll be paying for ’em anyway.

Shoot, as long as I’m stuck paying, I might as well use one inappropriately. Just a waste of money otherwise.

Auto insurers are experimenting with devices that plug into the diagnostic port in your car and enable them to access very detailed information about your driving habits. They can then tailor your premium to how much, and how, you actually drive.

I imagine they’ll try to do something similar with the smart-phones… imagine an app (which you voluntarily load) that allows them to ensure you’re not diddling Facebook while you drive. Smart drivers who aren’t distracted by their tweets could enjoy a lower premium.

I’ve noticed I’ve had to beep my horn more and more often to let the driver ahead of me know the light has turned green. Some smart phoners cannot seem to bear 30 idle seconds without checking the phone.

Nobody’s killed me yet, but if they do, I’ll be REALLY pissed.

This is primarily a problem with young people, and – have to say the truth on it – in particular, young women.

The increase in accidents is not due to people talking on the phone. It is due to people texting and using the browser and map function on the phone. Most people can multi-task well enough to carry on a short conversation while they drive the car. LEOs do it all the time. It is when people take their eyes off the environment outside the vehicle that collisions occur.

This is real. I have seen seen it with my own eyes. Amazing things. A girl driving thru a red light thru a blind intersection on a phone in her hand at 40mph right thru a cross walk. That is but one example.
And is it sexist to say that so far everyone I have seen is a woman? Dozens. All female. Males talk, but eyes are on road. (And I don’t like that either, but at least they are not looking down)

I am a runner and I can verify people look at their phones way too much. Since smart phones became common cars swerve out of their lane far more than they did in the past. I am always watching the drivers and I see them all the time looking at their phones. I have also noticed a lot more single car accidents which I suspect are due to smart phones.