“a celebration of genocide and racial oppression” 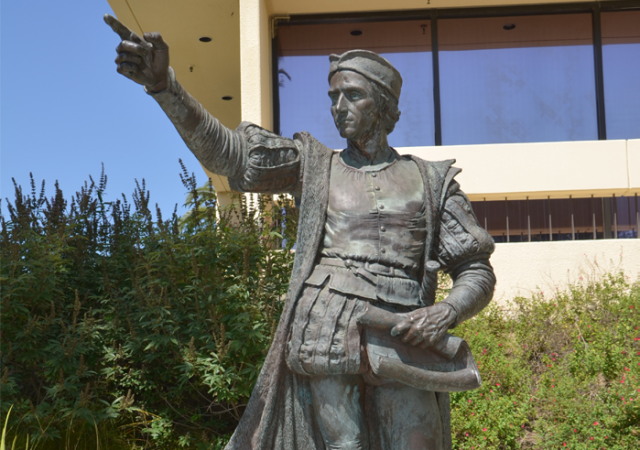 The political left has been on a years long quest to erase Columbus from history. They just scored a win at Pepperdine.

Pepperdine University will remove a statue of Christopher Columbus from its main campus after students at the Southern California Christian school made multiple demands to take it down.

Currently located above the university’s amphitheater, the statue will be relocated to Pepperdine’s campus in Florence, Italy, President Andrew Benton told the university’s liberal arts undergraduates in a Monday email.

Relocation will take time but the process has already started, Benton wrote. In an email to The College Fix, the university confirmed the relocation but didn’t provide further comment.

The statue, donated to the university in 1992 by a group representing the Columbus 500 Congress, has drawn pushback recently from Pepperdine students. Benton has previously described the group that funded the statue as “Italian-American friends” of the university.

Pepperdine’s student newspaper, The Graphic, reported that around two dozen students took to the statue’s location on Columbus Day last semester and chanted “take it down.” A written statement from the protest group, “Waves Against Columbus,” claimed the statue is “a celebration of genocide and racial oppression.”

I would like to have the statue. Wonder who I’d have to call.

Remove the students instead. Cheaper and the campus will be a bit more quiet.

And no doubt more beautiful.

Was there any person ever alive in the period before the year 2000 that could possibly stand up to the scrutiny of these Leftists and come out as a decent person? They do not believe in Jesus so he is out which means that only those such as Che, Mao, and Castro remain as role models who could meet their standards.