“[Playing football] came natural. That’s a gift. I had to work to read,” 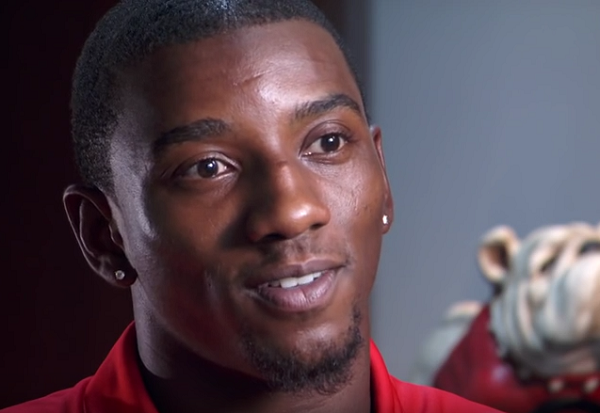 In today’s feel good news:  Patriot’s wide receiver Malcolm Mitchell is a remarkable young man who meets with his book club every week and says that making the Super Bowl is not his proudest accomplishment.

Fortunately, this year there was a rookie for New England with something novel to talk about: novels, like “Gone Girl.”

“What about her false diary, how does the author use that in the narrative?” I asked.

“Well, the diary is almost a different character in the book,” Malcolm Mitchell said.

I first met this voracious reader, wide receiver three years ago. Malcolm was in college then, playing for Georgia, when one day he ran into a woman at Barnes and Noble. She didn’t know he was a famous football player and invited him to join her book club, which he did.

Malcolm confessed that when he started college he could only read at about a junior high level. And it bothered him. So he started putting as much effort into his reading game as his football game.

Every free moment he had a book in his hand. Until eventually, he was reading them by the dozens.

And that’s why, no matter what he does on Sunday, Malcolm says football will never be his proudest accomplishment.

“That came natural. That’s a gift. I had to work to read,” he said

He’s not just a reader; he’s also written a children’s book encouraging children to read and started a literacy foundation.  I’m not a fan of sports figures being considered role models, but I think Mitchell may just be the exception to the rule.

Good for him…..maybe he could show Kapernick a few good books.

What a breath of fresh air! Thank you, Fuzzy.