“This is clear incitement to violence” 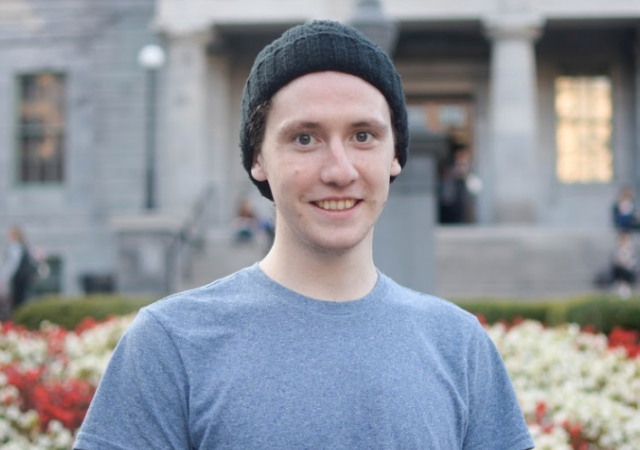 Leftists sure are getting comfortable with openly calling for violence against others lately.

You would think this student’s message would be reprehensible to most people but he’s getting support.

In this age of trigger warnings and micro-aggressions, a university campus is not where you would expect people to rally behind someone who called for physical violence.

But after McGill University student politician Igor Sadikov last week used Twitter to encourage people to “punch a Zionist,” supporters have defended him while targeting Jewish students who support Israel.

On Monday, the board of directors of the Students’ Society of McGill University (SSMU), on which Sadikov represents Arts students, rejected by a vote of 5-4 a motion calling for his removal from the board.

Students attending an SSMU legislative council meeting last Thursday reported that elected representatives declined to denounce Sadikov but stood by as a Jewish member of the council was singled out for her support of Zionism.

Igor Sadikov, a member of the Legislative Council and Board of Directors of the Students’ Society of McGill University (SSMU), is facing calls for his resignation after advising followers to “punch a Zionist today” on Twitter.

Sadikov, a prominent supporter of the anti-Israel boycott, divestment, and sanctions (BDS) movement at McGill, is also a former news editor of The McGill Daily, the campus newspaper that “maintains an editorial line of not publishing pieces which promote a Zionist worldview.”

“This is clear incitement to violence, which should not be tolerated on the part of any student, let alone a student politician,” said Amanda Hohmann, National Director of B’nai Brith Canada’s League for Human Rights. “We expect that this tweet will be taken for the serious example of incitement that it is, and Sadikov will be censured appropriately.

“Further, Sadikov’s tweet only strengthens the case of those who have claimed an overwhelmingly anti-Israel atmosphere at The McGill Daily. B’nai Brith will do everything in our power to ensure that publication’s discriminatory ban on Zionist content does not stand.”

At some point enough is enough and these people need to be engaged on the level they’re asking for. I suspect the vast majority of them don’t actually have the stones for it. Sometimes the only way to learn a lesson is through a good old fashioned ass whipping.

I wonder if he realizes that he might get punched back?