Too bad, he probably would have had very interesting things to say to the graduates. 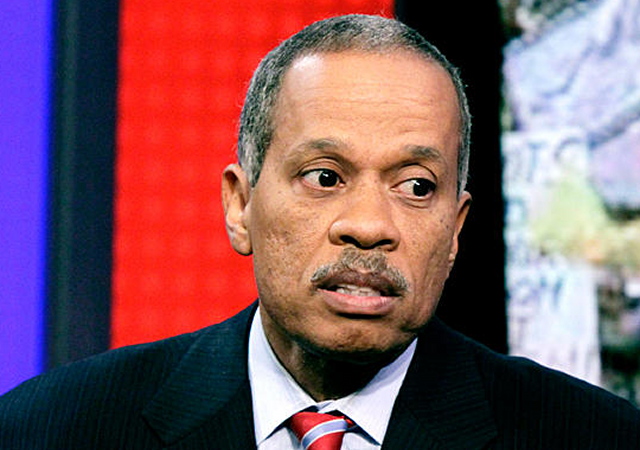 Some members of the faculty cited controversial things Juan has said, and a past problem he has had, as the reason he would not be inappropriate commencement speaker. One has to wonder whether his affiliation with Fox News was a contributing factor given campus climates today.

Ursinus College hasn’t yet named its 2017 commencement speaker, but one thing is clear: it won’t be Juan Williams. The journalist and longtime Fox News contributor and co-host was approached by the college’s president to possibly address graduates and receive an honorary degree but was eliminated as a candidate after faculty members objected.

“Once it became clear that faculty had reservations — I spoke to people from different parts of the college and different parts of the political spectrum and encountered not one who thought inviting Williams would be a good move — our choice of commencement speaker had to be reconsidered,” Jonathan Marks, a professor of politics at Ursinus, said via email.

Tom Yencho, a college spokesman, confirmed that Williams was approached but will not be speaking. A committee was formed last month to review speaker nominations and the overall selection process, he said. Ursinus is “continuing to work toward developing a more streamlined and collaborative selection process, which we anticipate to have in place by the end of this semester.”

Planned commencement speakers have been disinvited from or backed out of various talks in recent years amid pressure from campus groups — usually students. Robert Birgeneau, former chancellor at the University of California, Berkeley, canceled his speech at Haverford College in 2014, for example, after some 40 students and instructors asked him to apologize for a 2011 incident in which police injured protesters on his campus.

Clearly racism behind the decision! At least that was the theme of any form of disagreement eight years ago.

They should ask Milo.

These faculty members are a bunch of racists just as surely as the Rutgers faculty who opposed Condoleezza Rice were a bunch of racists. They oppose any minorities who think for themselves. In their mind, a good African American or a good Latino should act like a sheep and espouse all the stereotypical opinions of their progressive group.