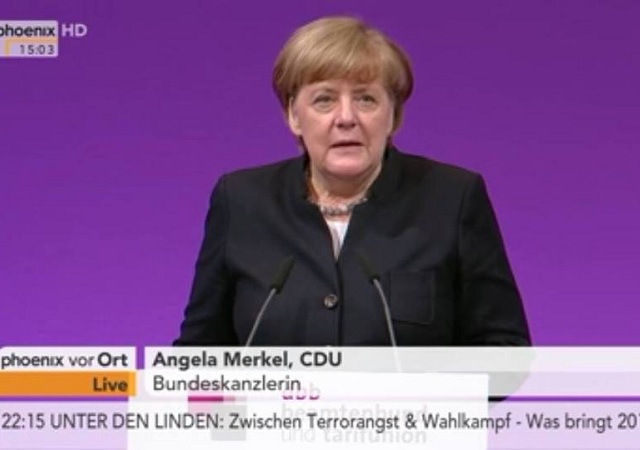 A commission chaired by Germany’s immigration and refugee czar has proposed voting rights for migrants living in the county. According to the Federal Integration Commissioner Aydan Özoguz, “people who permanently live in a country should be able to participate in democratic decision making.”

Keeping a Brexit-like scenario in mind, commission wants the voting rights for migrants and refugees at par with German citizens in any future referendum.

The head of the commission, Turkish-origin Aydan Özoguz, has been serving as Minister of State in Merkel’s Chancellery since 2013. As Federal Commissioner for Immigration, Refugees and Integration she has been instrumental in shaping and executing Merkel’s ill-advised “Refugee” Policy.

The report was commissioned by German Social Democratic Party’s (SPD) Friedrich Ebert Foundation. SPD — currently a coalition partner in Merkel’s government — is surging ahead in the polls ahead of September General Elections. SPD’s Chancellor Candidate Martin Schulz already backs many of the ideas proposed by Commissioner Özoguz.

The report paints a picture of Germany where natives were soon to become minority. “[M]igrants and their offsprings make up the majority in several [German] cities. [City of] Offenbach leads the trend where more than 80 percent of children have a migrant background.” The changing demographics “require a new understanding of the composition of [German] society.”

A just society means that everyone can participate.

Therefore the authors demand local voting rights for non-EU foreigners living permanently in Germany. It is integral “to democratic principles that people who permanently live in a country should be able to participate in democratic decision making.” (…)

Furthermore, permanently residing foreigners should get the right to vote in referenda. The possibility of co-decision making in questions of one’s own living environment should be regarded as a participatory progress.

Towards this aim, members of the commission believe, one needs easier access to German citizenship, “lowering of the minimum duration in case of naturalisation, targeted use of available possibilities in case a discretionary naturalisation, and provision of dual citizenship.” Targets could be set to encourage companies to employ people with migration background. [Author’s translation)

However, the champion of “just society” and “equal rights”, Özoguz doesn’t support justice and equality for everyone — at least not for underaged child brides living in Germany. In November 2016, she publicly opposed banning child marriage. Official estimates point to a rise in child marriages in Germany. Thanks to Merkel’s “Refugee” Policy this medieval practice is returning to Germany at an alarming rate, with authorities reporting over 1,400 such cases, including hundreds of child brides below the age of 14. The trend has been attributed to rapid immigration from Muslim majority countries like Afghanistan, Syria and Iraq.

Özoguz is busy celebrating the new-found ‘diversity’ in the wake of mass-migration and won’t let inconvenient facts get in her way. The facts that, in today’s Germany, girls are being sold into marriage and end up becoming victims of the worst kind of sexual abuse.

Merkel-confidant Özoguz who first shaped Merkel’s Refugee Policy that opened Europe’s floodgates to million of migrants from Arab and Muslim countries, now puts forward a road map for pushing ahead radical transformation. To offset the rising popularity of right-wing parties, Özoguz hopes to recruit an army of migrants as political counterweight.

If they want to vote, they have to go home and reform their government there.

Oh, they mean give these mooches the vote in Germany.

“The facts that, in today’s Germany, girls are being sold into marriage and end up becoming victims of the worst kind of sexual abuse.”

A sales tax on slave girls sold into sexual bondage. Now that ought to be pretty popular.

As long as they don’t increase the tax on Beer or fast cars, Germany will be fine.

I am suprised California hasn’t thought of this before.

Just think, Germany closed down all of its nuclear power stations for fear of radiation and death after the Fukushima debacle in Japan. But now they are cutting their own throats with this proposal to allow non-citizens to vote. We all know that muslims, under the strict control of their imams, will vote one single way every time and that is the way they are told to vote (See Belgium). There is nothing democratic about islam. Nothing!

NOTHING at all, Eurabia has come to the heartland of Europe.

To be rid of the hated JOOS they sell themselves into Muslim slavery.

LOL. Yes, just don’t be surprised when your “refugees” vote to replace your democratic system with sharia, and the infidel German natives no longer have the right to vote.

The stupid with this crowd, it hurts.

Having firmly fitted the noose around its neck, Germany proudly steps off the chair.

This is the exact opposite of what the policy should be IMHO. Even LEGAL immigrants should have a waiting period before they are allowed to vote. I would favor something along the lines of 10 years.

This Czar is a little too quick on the native replacement plan. Boil the frog slowly.

Immigration reform to cover-up and exploit the collateral damage caused by the rise of anti-nativism and waging social justice in the abortion fields from Benghazi to Syria to Kiev.

How about a compromise? EVERYONE in the European Union gets to vote in Germany.

German politicians are insane. It would be ridiculous if it would not be so sad. Why do they abandon their country and especially their women?