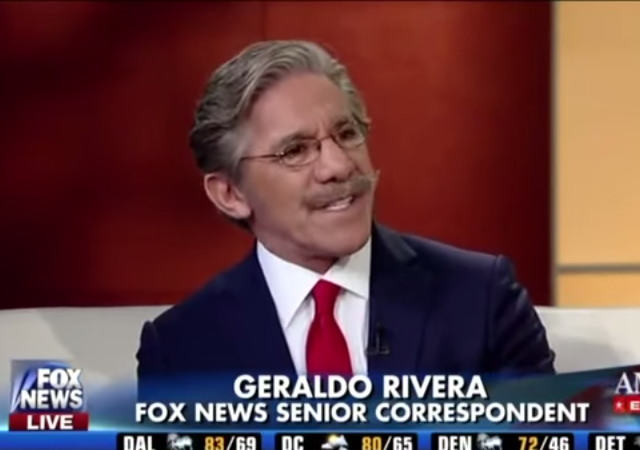 In other news, who knew Geraldo Rivera was a fellow at Yale?

Fox News contributor Geraldo Rivera is resigning his position at Yale University because the school chose to rename a residential college because of its ties to slavery.

According to the Daily Mail, Rivera announced in a tweet Sunday that he would leave his voluntary position as an associate fellow of Calhoun College, which was named after Yale alum and former Vice President of the United States John C. Calhoun, an ardent supporter of slavery.

“Resigned yesterday as Associate Fellow of #CalhounCollege at #Yale,” Rivera wrote. “Been an honor but intolerant insistence on political correctness is lame.”

The debate over the renaming of Calhoun College has raged for years, but has attracted renewed interest in recent months, prompting the university to abolish the title of “master” for the heads of its residential colleges, rename Calhoun Dining Hall, and remove stained glass windows depicting slavery, though it had initially resisted renaming the college itself.

Indeed, but Calhoun was bad by the standards of the 19th century, and should never have had anything named for him. Had the college been founded any time in the second half of the 19th century I doubt he would have been considered, but by 1933 things had changed, the KKK was influential, and I attribute the decision to that.

Aren’t there a lot of buildings, bridges and other things in West Virginia named after Robert Byrd. He was active in the Klan and filibustered against the voting rights act.

Sure, he later “evolved”, but why should he be getting a pass?

Hillary Clinton said she considered him a mentor. Hi guess that was before she started carrying hot sauce in her purse.

I guess we should remove all mention of Thomas Jefferson. By today’s standards he was a horrible person.

Washington was indeed a slave owner, at a time and placewhen that was completely normal and acceptable. How can you compare him to Calhoun, who was a destructive force in US politics for decades?