Trump administration plans to trim fat from the agency’s budget…bigly. 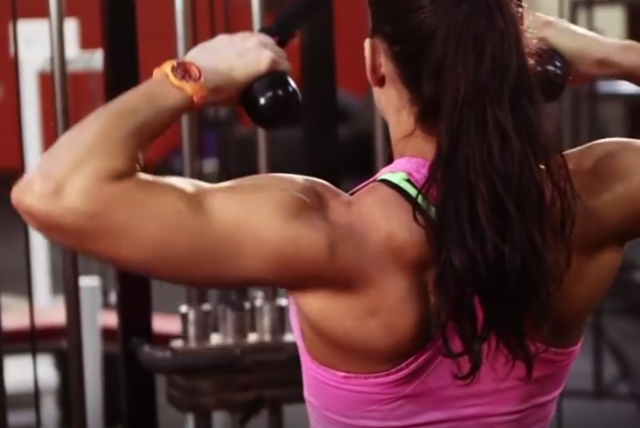 During the Obama era, many taxpayers had to trim back discretionary expenses for luxury items, like gym memberships.

However, some of our government bureaucrats enjoyed those perks…using our tax dollars. A detailed audit of expenditures for 2016 revealed that the EPA’s money management was polluted by improper purchases.

Environmental Protection Agency employees used their government purchase cards to spend $14,985 on fitness memberships, according to an audit by the inspector general of the agency.

With the goal of assessing the risk of illegal, improper, and erroneous purchases made on the EPA’s purchase card, the auditors evaluated 18 transactions totaling $48,345 and found that none of them complied with any of the internal controls that were tested.

Some of these controls require that officials give approval, that records be properly placed in the vendor’s banking system, and that transactions be reviewed by the card holder within 10 days of posting.

The auditors found that 2 of the 18 transactions, totaling $14,985, were for fitness memberships. Three other transactions were made to vendors who were considered high risk, which requires further documentation for review.

With waste, fraud and abuse like that, it will be easy for the Trump Administration to trim nearly 1/4 of this monster agency’s budget.

Trump officials will propose a $6.1 billion for the EPA next year, a $2 billion cut from current levels, according to reports in E&E News and Politico, citing sources.

…The proposed spending levels at the EPA come on the day the White House sent spending blueprints to federal agencies ahead of a budget rollout next month. Trump is planning a $54 billion cut in domestic discretionary spending, which would then be used to increase spending for the Defense Department.

The agency is still hoping to have lawsuits filed by the Navajo nation and New Mexico, which seek damages from the government to due its involvement in the Animas River spill, dismissed by a federal court.

The EPA’s Feb. 13 motion to dismiss claims the agency is protected by sovereign immunity and did not have direct interaction with the mine site before the spill that released millions of gallons of toxic wastewater into the Animas and San Juan rivers.

The motion requests the court toss three claims made by the state and two claims issued by the tribe because neither party has factually proven the EPA was an owner, operator, transporter or arranged for hazardous waste disposal prior to the spill.

The total damages being sought by the 2 court case is about $1.2 billion, which would be a nice chunk of the $6.1 billion remaining. Perhaps if the agency has less money, and its staff were forced to use our tax money for the purposes it was intended, both our environment and our finances would be better protected.

It would be nice to see some fat trimmed off the EPA’s bloated budget.

People have been kicked out of the military for buying cigarettes and diapers on their personal government travel card. But since this is the EPA, I doubt anything will happen.

In private industry, that would amount to immediate termination and possible prosecution. In the EPA, it probably results in a promotion and bonus.

If you search youtube, you can find the actual video of the EPA contractors busting open the seal to the mine – yeah, they actually recorded it. (maybe someone was covering his ass there, I always wondered how it got out)

It’s like watching Larry, Moe, and Curly try to pretend they know what they’re doing with heavy equipment. After the torrent of contaminated water is gushing into the stream below, it’s kind of like “huh, lookithat, we better get outta here”. It’s pathetic.

I wouldn’t want to be that contractor.

He’s going to get the blame.

Sure seems like INTENTIONAL FRAUD to me.
I would sure like to know why SO MANY federal criminal felons never have any consequences for their actions ???????
NO prosecution, no loss of job, no loss of salary and benefits,
no loss of pension, ABSOLUTELY NO penalty for CRIMINAL ACTIONS !!!

let me join the chorus…

hell, i turned in all the documents for a travel advance i got from the Guard and, a year or so later, they demanded the $$ back.

since i didn’t get the demand until AFTER the deadline, good bye $$ and it sucks to be you is what i was told.

F them, with a flaming porcupine, and push it in with a tanker’s bar.

“F them, with a flaming porcupine, and push it in with a tanker’s bar.”

Now when you say ‘flaming’ porcupine is that in reference to the fact that he is on fire, or to his sexual preferences? Just curious.

Mel Brooks, History Of The World: “It’s good to be the king.”

Prosecute them and make them pay restitution. Then fire them.

Or buy everyone else in the country a gym membership.

Pretty upscale gym for those prices, isn’t it? But the Gummint is paying, so who cares?

Let them get into shape by turning big rocks into little ones with a 12-lb hammer!