Canadians Starting to Worry Over Increase of Asylum Seekers

Canadians Starting to Worry Over Increase of Asylum Seekers

“It’s about to blow. I think there’s going to be confrontations.” 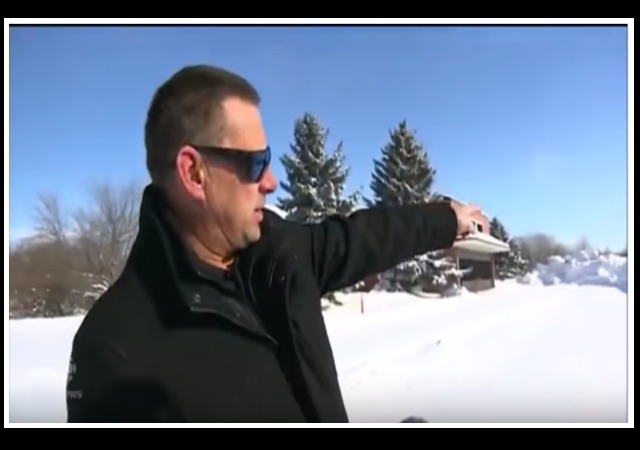 A few weeks ago, President Donald Trump signed his executive order that halted immigration for only a few months and from only seven countries until the government could develop a better vetting process. These countries have high Islamic terrorism occurrences, so it makes sense for our national security, right?

The left pounced on him, and Canadian Prime Minister Justin Trudeau put on a big show countering Trump’s actions. Trudeau said Canada will welcome everyone no matter their faith and blah blah blah.

Well, the welcoming spirit has started to diminish over the same concerns Trump has expressed.  Surprising, eh?

The CBC spoke with members of one small town in Manitoba about the influx and the worry that has spread among its citizens.

The town of Emerson, Manitoba, houses 671 people and sits right on the border of North Dakota and Minnesota. Many asylum seekers have made their way to Emerson since it’s on the border.

Senior town official Greg Janzen has given many interviews due to the increase of asylum seekers. He told the CBC he gave “95 television interviews over the last two weeks.” But a lot has changed in those two weeks:

“It’s starting to get concerning, because the numbers are growing,” Janzen said.

The community continues to help those who find their way into Emerson, but Janzen stated more of the citizens have started to worry “that someone, possibly with a criminal background, might be able to sneak in among the asylum seekers and into their community.”

Janzen said he’s concerned that someone with criminal intent could break into a home, or attempt to steal a car, which could lead to a clash with a member of the community.

The law states that it’s illegal for someone to enter the country “by evading official border points.” But once that person enters Canada, “he or she is able to claim refugee status.”

The federal Manitoba Conservative caucus has also begun to worry more about these border crossings:

“Canada is a safe and welcoming country, but we must also take steps to protect our border and ensure the process for entering our country is consistent and fair for all seeking refuge in Canada,” the caucus said in a statement.

The caucus urged the federal government to beef up resources to strengthen the security of the border.

Again, doesn’t this all sound very familiar? And it doesn’t end here.

The caucus said that the rule “rewards those that are entering Canada illegally and acts as a disincentive to proceed through the fair, legitimate application process.” Parliament member Ted Falk, also the chair of the caucus, claims that these asylum seekers “come in the middle of the night.” They will “pound on the door, ring the doorbell, tap on the glass.” These actions have caused residents to become more anxious:

But it’s not just about security. Remember, only 671 people call Emerson home. It’s a very small time. A massive increase of people have also strained the town’s resources:

Bill Spanjer, municipal emergency co-ordinator for Emerson-Franklin, said some of the local resources of Emerson are being taxed — particularly the paid volunteers who must respond to every 911 call regarding an asylum seeker.

“I think the ones that are most taxed are the ones who are running out at 3:30 in the morning … looking for these people,” Spanjer said.

There are 21 members of the fire department, but eight of those are specially trained as medical responders, meaning one of those within that group must attend every call. As well, it’s a paid volunteer force and most have full-time jobs.

“They’re getting called out of their beds of all hours of the night because most of these incidents are happening at night,” Spanjer said.

I imagine other small border towns have this same problem, but the media ignores it because it disrupts the narrative.

If you come across any story like this about other Canadian towns, please send them to me. You can find me on Twitter: @mchastain81.

The attacks were in Edmonton, Canada. There have been stories from Europe about assaults at pools. So, what’s the reaction in Europe – segregation of the pools and restrict women’s rights in favor of the refugees.

If
Gert Wilders wins in Holland it may start the remove all muslims movement. It is beginning to dawn on some of the gullible folks that islam is never going to assimilate and their ultimate goal is to take over the host country. The bleeding heart Christians simply do not understand that islam is not compatible with Christianity. They might get along for a WHILE but that is just a ruse. Check out the number of muslim countries that allow Christian or Jewish temples or churches in their country. Go ahead, I’m waiting. Crickets!

If I remember correctly, they even blow up ancient artifacts because it represents a culture different from them.

A river crossing between US and Canada happened last summer and it involved Americans. It could have been tragic since the river is busy with freighter traffic. And, in this case the “big boat” rules are in effect. I remember that the current is very fast at some places in the river.

Interesting quote: “They were terrified of entering another country without documentation. No one carries their passport or any ID, and a lot were drinking alcohol…Some Americans, worried about landing in Canada without identification, attempted to swim back to the U.S.”

But the Canadians were nice and just bussed them back to Port Huron.

Sorry, no, you can’t do that. The progs say that having national borders, or standards for foreigners seeking admission, is raaaaaacist and h8teful!

You’re required to take in everybody who shows up, support them for life (and often, for generations), and conform your society to their preferences. Otherwise, you’re just a bigot!

Or you can be a deplorable like all of us evil people.

F the Canadian government. Strap on the skates, pick up the sticks, and settle it on the ice. ASSIMILATE.

With Merkel Trudeau as Prime Minister: what could go wrong?