Bias Response Teams: Encouraging Students to Snitch on Each Other

Bias Response Teams: Encouraging Students to Snitch on Each Other 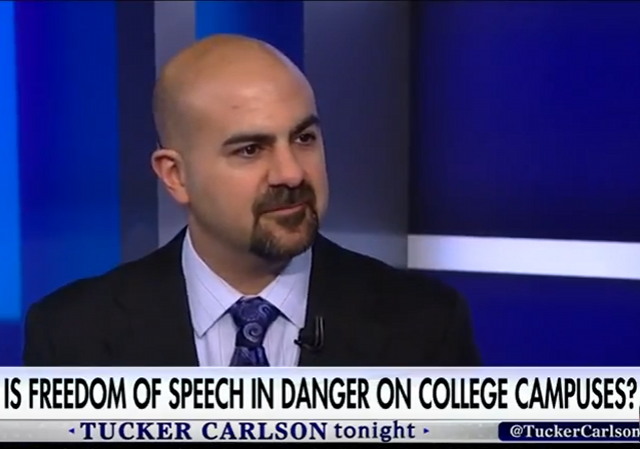 Of all the free speech problems we have on college campuses, one of the most chilling ones comes in the form of “Bias Response Teams.” Under such a policy, a student can be anonymously reported for saying or doing something deemed offensive, and then get visited by the bias response team.

Adam Steinbaugh of the Washington Examiner wrote about this recently:

Universities are the cradle of free speech, where ideologies and ideas clash, where academics and activists can agree, disagree, or be disagreeable. This is particularly true in the United States, where the First Amendment zealously guards against government surveillance and intrusion into free speech.

Yet at hundreds of campuses across the country, administrators encourage students to report one another, or their professors, for speech protected by the First Amendment, or even mere political disagreements. The so-called “Bias Response Teams” reviewing these (often anonymous) reports typically include police officers, student conduct administrators and public relations staff who scrutinize the speech of activists and academics.

This sounds like the stuff of Orwell, although even he might have found the name “Bias Response Team” to be over-the-top.

Over the past year, I surveyed more than 230 such reporting systems for the Foundation for Individual Rights in Education and asked dozens of schools for records about their Bias Response Teams. What I found is detailed in a new report describing how universities broadly define “bias” to include virtually any speech, protected or not, that subjectively offends anyone. On many campuses, administrators are called upon to referee whether speech is polite.

The Foundation for Individual Rights in Education (FIRE), which produced the comprehensive report on this which Steinbaugh refers to, provides real examples of bias that have been reported:

The reports we reviewed, which often fail to disclose what action (if any) was undertaken in response, span the ideological spectrum:

The report is long but you can read the whole thing here.

Robert Shibley, FIRE’s executive director, appeared on the Tucker Carlson show last night and discussed the issue of bias response teams and some of the other findings from the report.

You can watch the entire segment below:

This is beyond Orwellian. It’s a move straight out of Mao’s playbook.

We should stop funding all public institutions that don’t observe the Bill of Rights.

Flood the response teams with all the hate messages! Overwhelm them with their own BS!

Agree completely! I am a strong believer in the Rule of Law, and an opponent of any of the anonymous charging or shaming systems that have come into vogue lately.

Hmm… What would happen if somebody reported the existence of the Bias Response Team as offensive?

speaking of offensive speech at schools – if anyone wants to see what REAL anti-semitism is, look no farther:

Say, doesn’t this remind you of a certain youth movement from 1930’s Germany?

Communism, right here in America, and nobody is really doing anything about it. The left continues to grow like the virus it is. Thought crimes in universities and teaching grade school children the basics of Islam in the public schools – and people think this will all be solved at the voting booth. Good luck with THAT…

The next step, of course, is that they will come down on students for *failing* to report ‘offensive’ speech to the BRTs.

Time for conservatives to start proclaiming to be offended. intimidated and scared.

Um, did you not notice that three of the five reports cited in this article did come from conservatives and/or Trump supporters?

Great! *Attack Watch* has been reborn. Nice that Obama set the stage for this to happen.

Shades of the Soviet Union. Children reporting their parents, each other, neighbors and soon the reported upon became disappeared.

In grade school we called it tattling, and nobody likes a tattler. In the inner city, they call it snitches get stitches.

Encouraging and urging that type of behavior generates violence, the violence they’re supposedly trying to prevent.