BDS Panel at CPAC: How to Defeat the Movement

BDS Panel at CPAC: How to Defeat the Movement

Education is the key. 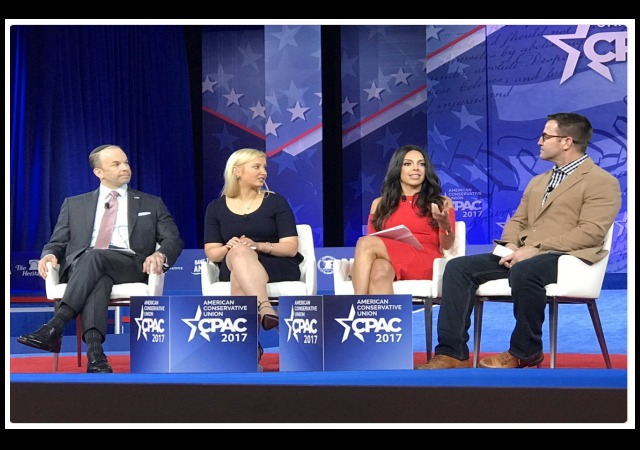 CPAC 2017 has shown its support for Israel in numerous ways, but the panel on the Boycott, Divestment, Sanctions (BDS) provided excellent points to defeat the movement.

Sander Gerber, fellow at the Jerusalem Center of Public Affairs, and Erielle Davidson of the Hoover Institution joined Daftari on the panel moderated by Ned Ryun from American Majority.

All three panelists stressed the importance of linking the Palestinian Authority to the BDS movement. Most people concentrate on Hamas, but those who do not pay attention to the subject, do not know the terror that the PA spreads on Israel.

Daftari also spoke about her experiences in Syria, where she recently traveled to and interviewed injured Syrians in hospitals. Israelis have treated these soldiers and even saved a few from certain death.

That has not changed those Syrians’ minds, though. She asked one and he said, “Israelis still have horns.”

That is why the most important part of the short panel occurred at the end. We know what BDS is about and what it’s done. Professor Jacobson has done a fantastic job chronicling it.

But how do we combat against it? That’s the question Ned Ryun asked the three panelists.

“Have to go on the offensive,” stressed Gerber. “But to change minds they have to be willing to listen.”

Gerber encouraged people to educate others how the PA sponsors terrorism, not just the BDS movement.

“Expose the PA and it will change the view on Israel,” he concluded.

Davidson almost put PA over Hamas, but said they are both “equally terrible.” Like Gerber, education is the key.

“It’ll be better that truth is known,” she said. “Follow the money. Look at all charities you contribute to and see who is sending money to the PA.”

“You see someone who supports BDS and dare them to go without Facebook or their cell phones,” she stated.

She wants people to tell those who support BDS just how important Israel and Jewish people are to inventions in the world. Items we use everyday. Without those two we wouldn’t have these items we take for granted everywhere. But there’s more than that.

“Talk about the accomplishments, including women’s and gay’s rights,” she ended.

Dafarti also noted that Jerusalem holds a gay pride parade every single year without any problems.

I hope they do something stupid. The that way building international support for sanctions will be easy