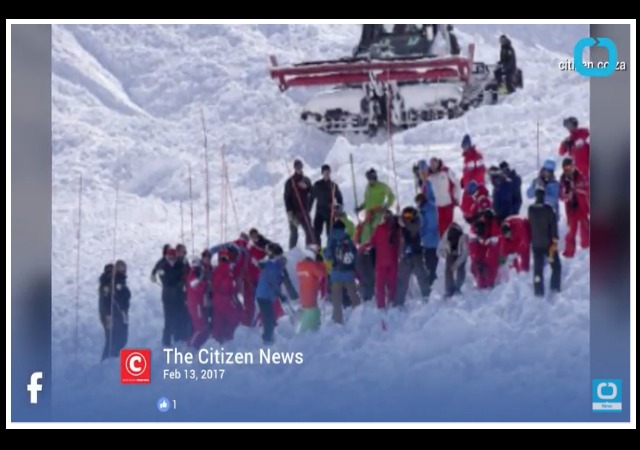 An avalanche has killed at least four people in France at the Tignes ski resort in the French Alps. From Sky News:

Five people remain trapped beneath the 400-metre-wide snowslide which hit an off-piste slope known as Toviere, near the ski resort of Tignes, close to the Italian border.

Staff at the resort saw the wall of snow barrel down the mountain at 9.35am on Monday and raised the alarm.

Two helicopters, diggers and sniffer dogs are helping around 100 rescuers with shovels – including volunteers – search for survivors.

Vanessa Hackman, of Edge Magazine who is in Tignes, told Sky News a “massive rescue mission” was under way.

“It is a pretty sombre day in Tignes,” she said.

The skiing party of nine – eight holidaymakers and a guide – were on the slopes at an altitude of 2,100 metres (6,900ft) when the avalanche hit.

It was reportedly set off by a group of skiers higher up on the slopes.