Graduated from the academy in 1982. 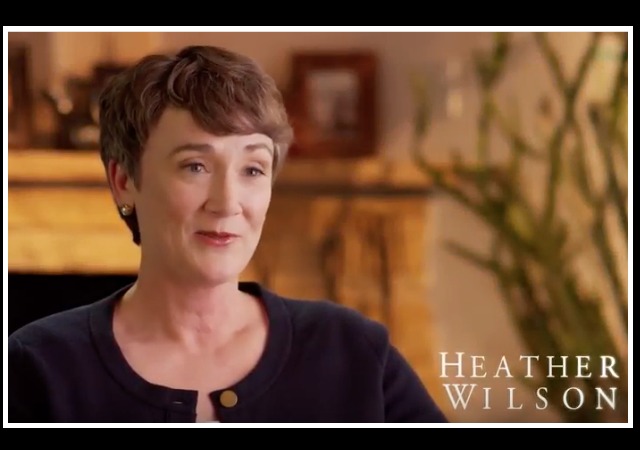 “Heather Wilson is going to make an outstanding Secretary of the Air Force,” Trump said in a statement. “Her distinguished military service, high level of knowledge, and success in so many different fields gives me great confidence that she will lead our nation’s Air Force with the greatest competence and integrity.”

Wilson graduated from the academy in 1982 “as part of the third class to admit women in academy history.” She then served in the Air Force until 1989 when she “joined the National Security Council under President George H.W. Bush.”

She also studied at Oxford University as a Rhodes Scholar earning a masters and doctoral degree. Wilson hopes to strengthen the Air Force:

“America and our vital national interests continue to be threatened,” Wilson said in a statement. “I will do my best, working with our men and women in the military, to strengthen American air and space power to keep the country safe.”

Is she a pilot? Her grampy was (Royal Flying Corps), and her dad was (USAF), but after Academy graduation she went to Jesus College, U. Oxford, instead of flight school.

She then served in the Air Force until 1989

That time served seems to have been at Jesus College, also.

What I’m seeing is Air Force Academy (which is just a college, except that they make you run between classes, and you get a Commission when you graduate), then instead of the pilot route, more non-flight school, and then straight into politics.

Which is fine, but we ain’t talking the new Curtis LeMay here.

It’s nice to finally have service secretaries and SECDEFs who have, you know, actually been in the military at one time.