Prime Minister Theresa May wants to invoke Article 50 by the end of March. 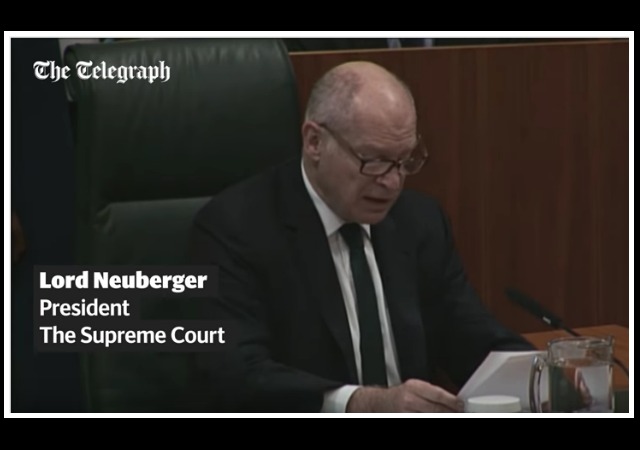 The UK Supreme Court has decided that parliament must decide if the government can start the Brexit process. The ruling also stated that the “Scottish Parliament and Welsh and Northern Ireland assemblies did not need a say.”

Prime Minister Theresa may cannot begin talks with European Union (EU) leaders until parliament votes. May would like to invoke Article 50 of the Lisbon Treaty, the part that allows a country to leave the EU, by the end of March.

The BBC reported that campaigners told the court that not allowing parliament to vote “was undemocratic and a breach of long-standing constitutional principles.” Since invoking Article 50 of the Lisbon Treaty means “overturning existing UK law,” the campaigners insisted parliament “and peers should decide.”

Reading out the judgement, Supreme Court President Lord Neuberger said: “By a majority of eight to three, the Supreme Court today rules that the government cannot trigger Article 50 without an act of Parliament authorising it to do so.”

He added: “Withdrawal effects a fundamental change by cutting off the source of EU law, as well as changing legal rights.

“The UK’s constitutional arrangements require such changes to be clearly authorised by Parliament.”

Brexit Secretary David Davis said the ruling will not delay Brexit from happening:

Outlining plans to bring in a “straightforward” parliamentary bill on Article 50, Mr Davis told MPs he was “determined” Brexit would go ahead as voted for in last June’s EU membership referendum.

He added: “It’s not about whether the UK should leave the European Union. That decision has already been made by people in the United Kingdom.”

“There can be no turning back,” he said. “The point of no return was passed on 23 June last year.”

A lot of parliament members wanted to stay in the EU, but their constituents voted otherwise last June. The whole world thought citizens of the UK would vote to stay in the EU. It looked that way in the beginning, but as the night progressed things took a turn and leave blew stay out of the water.

Here is the supreme court’s decision:

This shouldn’t surprise anyone, and is the way it ought to be.

Even PM May was a “Remainer”, but she’s following the people and leading BREXIT.

Parliment makes the laws, and GB is pretty much a republic in that sense, as are we. It isn’t a democracy.

I agree with you completely here. The question the Court had before it was, basically, can the Prime Minister take actions with the kind of ramifications that Brexit will have on her own authority, or is Parliament required to vote and give its backing to the move?

SO this Court held that Parliament must hold a vote in order to move this process forward, which in a Parliamentary system is a very conservative ruling.

GTFO and close your borders immediately!

Is this Brexit ruling the British version of the “Hotel California” where you can check out but you can never leave (the EU)?

No, it’s simply upholding the most fundamental principle of British democracy, which is that Parliament is sovereign, and cannot be dictated to by anyone, including the people. That is as it should be, and as it is here.

Imagine your outrage had 0bama held a referendum on some popular leftist issue, and on the strength of a bare majority purported to bypass Congress and legislate directly. This is exactly the same. The government is committed to the referendum result, but it can’t act without Parliament’s approval, which it will now have to seek.

No, I understand the points. The Court ruled that Brexit passed and that the course of exit is up to Parliament. However, this could and probably will wind up a prolonged affair with Remainers’ game plan to stretch this out for a long long time… not to do it correctly but prevent it, tactically, from happening.

Apparently Parliament can be dictated to by the UK Supreme Court.

No, it can’t be. The court is a creation of Parliament and is subject to its sovereignty.

I predict it will happen, brexit. There is more, not less, support for it now. In the end, parliament will not buck the will of the British people.

So, according to the Court, Parliament can delegate some of its legislative authority to the EU, but not to the citizenry via referendum … even though it’s already done so.

No, Parliament could have delegated authority to the referendum, authorising the government to implement the result. But it didn’t.