Students Explain How Liberal Colleges Made Them Conservative

Students Explain How Liberal Colleges Made Them Conservative

“My college wasn’t just liberal, it was anti-conservative” 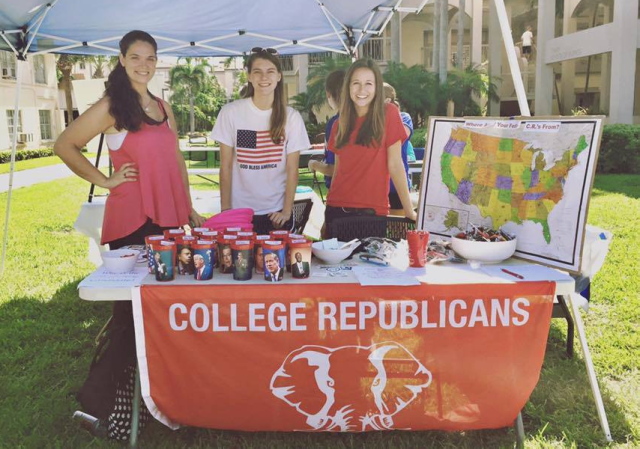 The effort to indoctrinate students to the left sometimes backfires. Isn’t that great?

Red Alert Politics has the story:

Students: Our liberal colleges made us more conservative

A sizable number of college professors and high school teachers have a mission to indoctrinate as many students to become far-left liberal activists. The education system has almost become a factory that assemblies social justice warriors to take over their campus and eventually the country.

That plan backfires sometimes and actually makes some students far-right conservatives instead.

“My college wasn’t just liberal, it was anti-conservative,” said Furman University graduate Lauren Cooley to Red Alert Politics. “It forced me to examine my own views and make sure I was comfortable representing them and then able to defend them. In some ways, the aggressive leftist culture on campus made me a more radical conservative because I only had two options: abandon my beliefs and conform or fight back. I chose to fight back and had a blast doing it.”

Liberals who couldn’t win over conservatives simply tried to shut down debate based on someone’s appearance.

“If one group on the liberal side, say Black Lives Matter tells people who may generally agree with their concerns ‘you can’t comment on this issue because you’re white/male/Christian/come from a certain income level’, that person is going to go to the side that is open to hearing them,” said Matt Lamb. “One of my first days at Loyola, which I started as generally socially moderate, if not liberal, someone said during a discussion about abortion ‘if you’re a man you don’t get to talk on this issue’, thereby saying my views weren’t valid (even if I generally agreed with them.’ That leads me, and others, to look at who is willing to listen to them on issues, even if there’s some disagreement.”

As a professor at a very “progressive” school, I’ve always noticed that the rare student who is willing to advocate a conservative position is always better prepared for debate than the many students who argue against him or her. Left-leaning students fall into the Groupthink and never have to back up their ideas or explain them. But the conservative students always find opposition, and they are used to having to back up their statements. In most cases, the “progressive” students quickly run out of topical points to make and resort to ad hominem attacks, like “Check your privilege.” (Note: The phrase “Check your privilege” is the new version of the old attack, “Your mother is so fat.”)

I’m not a professor, teacher, or instructor of any kind, but this has been my experience, too.

It’s not a universal phenomenon, but in general, I’ve found that people who advocate conservative points of view are more researched, better educated on their belief topics, and more ready and willing to debate on the merits of their beliefs. They have looked at both sides, fundamentally understand both sides (and can quote or paraphrase multiple sources), determined which makes more sense, and are “loaded for bear” when it comes time to debate.

Liberals, by contrast, tend to be fully prepared to defend their feelings, but actual knowledge, facts, logic, and root ideologies are generally lacking. They often don’t even understand their own positions (outside of someone else’s talking points and one-line “bumper-sticker” rhetoric) and have no firm foundation for their beliefs, so they quickly run out of coherent arguments. All they have left is ad hominem attacks.

(And yes, “check your privilege” is the new “yo’ momma”, but it’s not limited to fat jokes. Also included are “dumb” and “ugly”, among many, many others.)