I saw the Roches in the late 1970s, and have followed them since. 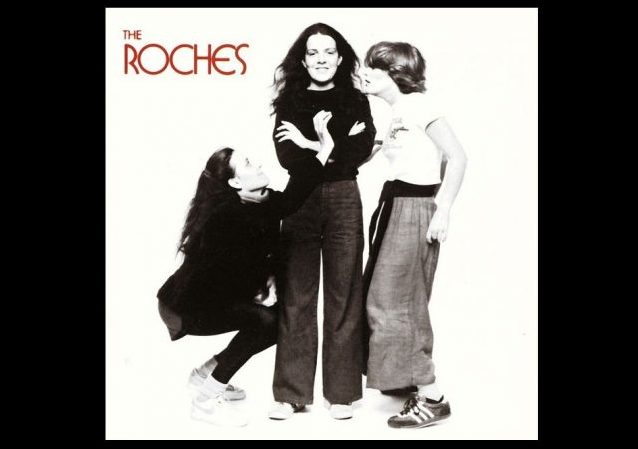 In the late 1970s while in college I saw The Roches play.

I’ve featured their songs on the Video of the Day section of the sidebar several years ago. Their songs were mostly positive, great harmonies, never attacking anyone, and generally bring back fond memories of that time.

This is their signature song, We:

In preparing to run their songs again in February, I learned that Maggie Roche had recently died.

Maggie Roche, Who Harmonized With Her Singing Sisters, Dies at 65

Maggie Roche, the songwriter whose serene alto anchored the close harmonies of the Roches, her trio with her sisters, Terre and Suzzy, died on Saturday. She was 65.

Suzzy Roche said in a statement that the cause was breast cancer. She did not say where her sister died.

“She was a private person, too sensitive and shy for this world, but brimming with life, love, and talent,” Suzzy Roche wrote on the Roches’ Facebook page. “She was smart, wickedly funny, and authentic — not a false bone in her body — a brilliant songwriter, with a distinct unique perspective, all heart and soul.”

Ms. Roche developed a pop-folk songwriting style that could be droll or diaristic, full of unexpected melodic turns and often inseparable from the way the sisters’ voices harmonized and diverged.

On albums from the early 1970s into the 2000s, her songs chronicled a woman’s life from early stirrings of independence (“The Hammond Song”) and amorous entanglements (“The Married Men”) to thoughts on longtime connection (“Can We Go Home Now”). They often mixed heartfelt revelations and flinty punch lines….

In addition to her two sisters, Ms. Roche is survived by her partner, Michael McCarthy; her mother, Jude Roche; her brother, David, also a singer and songwriter; and her son, Ed McTeigue.

Rest in peace, Maggie. I’ll be running more of your songs in a couple of weeks.

Very sad. Thanks for posting.

And this was featured on Crossing Delaney, wasn’t it? https://g.co/kgs/x3ZjG0