“We will be with you and the country in spirit” 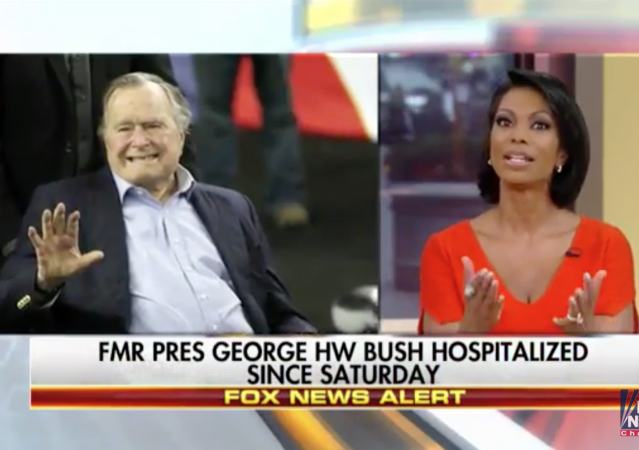 President G.W. Bush and his wife Barbara will not be able to attend Friday’s inauguration.

George H.W. Bush sent letter to Trump on Jan. 10 stating he couldn't attend Inauguration: "We will be with you and the country in spirit." pic.twitter.com/zcoieQJmP6

Both Bush were recently hospitalized, but are reportedly in stable condition:

Touching and heartwarming. This is what class looks like, and it is a wonderful contrast with the sort of communique we have been subjected to over the last eight years. I’m afraid we will not have these two nice people with us much longer.

GHW’s letter is bullshit. He went out of his way to bust Trump’s chops every chance he got. He was consistently rude and obnoxious to Trump. Now he’s a nice guy.