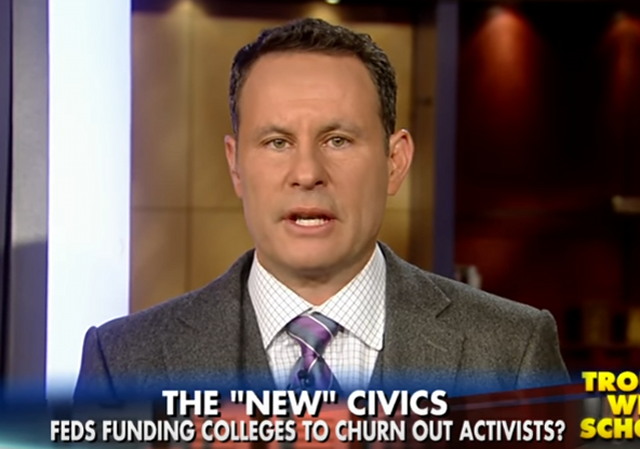 On Friday, I posted a Quick Take about ‘New Civics’ based on a story from the Washington Times. New Civics is nothing more than an attempt to turn the study of civics away from government and citizenship and towards activism and protests.

It is essentially an attempt to further radicalize college students, as if they needed any help to do that.

Colleen Flaherty of Inside Higher Ed has written an in-depth article on the subject:

A new report from the National Association of Scholars warns against the rise of what it calls “new civics” and recommends that legislators mandate a course in “traditional” American civics as a graduation requirement at all colleges and universities that receive public funding. “What we call the ‘new civics’ redefines civics as progressive political activism,” reads the 525-page report. “Rooted in the radical program of the 1960s’ New Left, the new civics presents itself as an up-to-date version of volunteerism and good works. Though camouflaged with soft rhetoric, the new civics, properly understood, is an effort to repurpose higher education.”

The report says that the alleged movement, above all, seeks to make students “enthusiastic supporters” of the “New Left’s dream of ‘fundamentally transforming’ America,” including by “decarbonizing the economy, massively redistributing wealth, intensifying identity group grievance, curtailing the free market, expanding government bureaucracy, elevating international ‘norms’ over American constitutional law and disparaging our common history and ideals.” The report asserts that “service learning” initiatives at colleges seek to teach students that a “good citizen is a radical activist, and it puts political activism at the center of everything that students do in college, including academic study, extracurricular pursuits and off-campus ventures.”

The National Association of Scholars report is long but you can see it here.

This short excerpt explains what it’s all about:

New Civics builds on “service-learning,” which is an effort to divert students from the classroom to vocational training as community activists. By rebranding itself as “civic engagement,” servicelearning succeeded in capturing nearly all the funding that formerly supported the old civics. In practice this means that instead of teaching college students the foundations of law, liberty, and self-government, colleges teach students how to organize protests, occupy buildings, and stage demonstrations. These are indeed forms of “civic engagement,” but they are far from being a genuine substitute for learning how to be a full participant in our republic.

New Civics has still further ambitions. Its proponents want to build it into every college class regardless of subject. The effort continues without so far drawing much critical attention from the public.

This is nothing more than an attempt to train a new generation of community organizers.

Trump and Republicans in Congress should cut off these funds. Immediately.

As if we did not have enough reasons to discourage young people from getting a college education or not hiring many who do.

I totally agree. When one doesn’t even have to have America History to earn a degree in history in the US, there is a major problem (was it George Washington Univ.?). However, we must start much earlier. We know this type of thing is taking place in high school via the new AP History, IB (international baccalaureate), and Howard Zinn’s history book.
I would imagine it has already filtered down to middle and even elementary to some extent. Any elementary and middle school teachers out there?

Any elementary and middle school teachers out there?

No, no Democrats at Legal Insurrection…

Don’t oversimplify and ignore your allies in these areas even if they are in smaller percentages (not unlike Gay and Black Conservatives).

I can tell you my wife, who teaches elementary school, has not seen it yet (thank goodness). I have seen it at the University level, though, sadly.

Well, I taught elementary and middle school, but my student body is an Army of One (I homeschool), so I don’t think I’m of much help to you! 😉

Pick your religious/moral philosophy (i.e. behavioral orientation). Separation of Church and State is a fantasy told by a “secular” competitor.

It won’t be long till the only textbook required for college will be Alinsky’s Rules for Radicals.

My poor college freshman son is sick to death of the indoctrination at his Southern CA college – I know, CA!

His writing prof informed him she would teach him about gender because he didn’t “understand.” Talk about science deniers… The Marx, gender, anti-American garbage is constant.

It is hard to know how much to expect our kids to take… All for a diploma??

It’s been happening for decades, and it goes all the way into elementary school.

It must have been about thirty years ago that a member of a local school board complained to me about how they seemed to be teaching little more than hysteria to third graders. The crisis du jour? Elephants. Obviously, in Massachusetts, pachyderm husbandry is hardly a quotidian concern, and the whole thing ranged from institutionalized silliness to (when inflicted on 8-year-olds) something approaching child abuse. That was all before Global Warmunism brushed all lesser faux crises away. Things are now, obviously, far worse.

So what’s been done to fight back against this assault on education? Not a whole lot. The only sign of life making a splash big enough to get into the news was the attempt maybe fifteen years ago to get people onto school committees who would steer the selection of school textbooks into channels somewhat less Progressive. There was some headway made, most notably in Kansas. Unfortunately this effort was frittered away; its goal was to get Intelligent Design into science curricula. Failure was, of course, preordained. The only tangible result was universal ridicule, unfortunately spreading to any attempt to reverse the Progressive juggernaut.

And many conservatives still send their children to public K-12 and corrupt universities!

Hurts when you do that? Don’t do that!

And Trump is just the man to do it.

This is much more than just the left trying to radicalize and teach lefist social justice as civics.

It is another assault on our education.

If the children don’t understand the country, its founding, its government structure, its uniqueness in the history of this world, then they will fall for anything.

History was hijacked; literature was hijacked; science was (and is being) hijacked; even math has been hijacked (can you say Common Core?!). Now full assault on civics.

This should OUTRAGE us all!