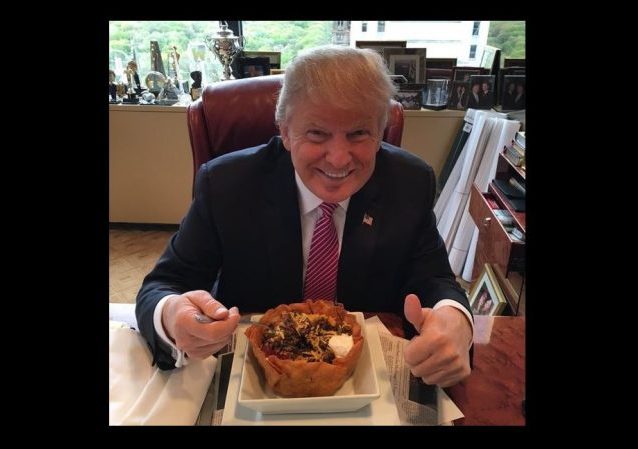 Ballotpedia is one of our favorite reference websites. It is like Wikipedia for politics, but more in-depth and reliable.

Ballotpedia just released a statistical analysis of federal judicial vacancies as Trump enters office, and likely to become available during his term.

That takes on great importance given that Democrats in 2013 busted the filibuster (“went nuclear”) for judicial nominees below the Supreme Court level, and even as to the Supreme Court it’s likely Republicans might go nuclear. So to the extent federal judicial vacancies currently exist or become available in the next four years, Trump should be unstoppable in filling those seats (unless Republicans lose the Senate in 2018, which is unlikely).

We pointed out the magnitude of this late last year, Dems’ Nuclear Option will allow Trump to fill over 100 court vacancies quickly.

When Trump takes office, 12.41 percent of all life-term judicial positions will be vacant, and by the end of his first term, Trump could see vacancies in up to 50.3 percent of these positions.

This chart shows vacancies at the start of Trump’s term in comparison to other presidents:

Here is the intro to the full report, getting deeper into details (emphasis added):

At the start of his presidential term of office, President-elect Donald Trump inherits a large number of vacancies in the federal judiciary. When Trump assumes office on January 20, 2017, of the 870 life-term Article III federal judgeships, he inherits 108 vacancies. According to the Administrative Office of U.S. Courts, as of January 12, 2017, an additional 13 judges have announced their intention to leave active judicial status between January 20 and December 31, 2017.[1]

Ballotpedia examined the state of the federal judiciary at the start of Trump’s term and compared that data with his five immediate predecessors. We also explored the potential for judicial openings during Trump’s first term of office.

Ballotpedia goes on to point out that there is not certainty that all of the judges eligible for senior status will take it. Also, many of the vacancies would be for judges appointed by Republicans. But still, the numbers should have liberals scared:

That said, most federal judges who will be eligible to take senior status in Trump’s first term were appointed by Republican presidents. Most judges appointed to their first federal judicial position by President Barack Obama will not meet the years of service requirement to take senior status during Trump’s first term. Recall that a judge must serve at least 10 years to take senior status, and even then the judge must be 70 years old in order to do so under the Rule of 80. Certainly, federal district court judges who were elevated by President Obama to a circuit court or, in Sonia Sotomayor’s case, the Supreme Court, may be eligible given their combined years of judicial service, but most federal court judges first appointed by President Obama won’t be eligible.

We did, however, run the numbers to see how many of those judges who are or will be eligible for senior status were appointed by Democratic or Republican presidents. That data is broken down by circuit and district courts below. The data show that the majority of both circuit and district judges who could take senior status during the next four years were GOP nominees.

There are a lot more details and stats in the Ballotpedia report.

This is worst case scenario for liberals, but even non-worst case is pretty bad.

Having lost the House, Senate and presidency, and being devastated at the state level, Democrats/liberals risk losing the judiciary as well. And they have Harry Reid and the other Democrats who went nuclear in 2013 to thank for it.

Instant Karma’s gonna get you
Gonna look you right in the face
Better get yourself together darlin’
Join the human race
How in the world you gonna see
Laughin’ at fools like me
Who in the hell d’you think you are
A super star
Well, right you are

Draining the judicial swamp! Love it.

(unless Republicans lose the Senate in 2018, which is unlikely).

I don’t see it as at all unlikely.

The dominant party tends to lose a few during the next election. And even now, the Republican hold on the Senate is tenuous. Fifty two senators are at least nominally Republican, opposed to 46 Democrat. But not all of those 52 Republicans are reliable. Some, like McCain and McConnell, are world-class flakes. And Republican Senators from some states, like Maine, are always a disappointment.

Conservative record on judicial appointments is not good. For every Scalia there tends to be at least one Souter. Or Roberts. Or O’Connor. Robert Conquest’s Second Law of Politics always applies.

And 10 of the dem seats are in states that Trump won.

Take that one to the bank.

Who has three quarters of the Senate seats to lose in 2018? Which party overperforms in midterms? Barring Trump being as incompetent and intentionally destructive as his predecessor, Republicans pick up several seats in 2018. If Trump works some magic, sixty is possible.

I don’t have faith in Trump, but I do have hope.

In addition to the procedural retirements, there are usually vacancies caused when the Great Auditor makes His debit entry on mortal life.

The hard part? Finding enough lawyers who can’t see penumbras and emanations, and who believe that the words written down by the legislatures actually mean what they say.

I got my JD in 1974, and even back then, in the early days of umbras and penumbras, the liberal professoriat was beginning the indoctrination that now is all pervasive.

The Marines appear to be able to do it. Let’s hope the Judiciary can recruit some worthy men and women. I am sure there are many out there, hidden in the shadows, if you’ll excuse the pun.

The independents just need to be listed with the democrats. They are pretty much always diabn – democrats in all but name.

The luck of Trump.

Trump needs to get that pen out and start naming names. It won’t take much to blow off the heads of the Left

The wildcard here is that Trump doesn’t seem personally interested in judges or the judicial branch. He’s not passionate about it.

So will he let Jim DeMint run things as he seems to be doing so far, or will he use judicial appointments as chits for deals with John McCain, Lindsay Graham, & Chuch Schumer on things he does seem to care about?

He hasn’t said much, but I think that at least he won’t make the same mistakes that the Bush’s collectively did. Souter, a pet peeve of mine – Bush Sr. appointed him because he was a law and order judge from New England. He was, but only because in Souter’s interpretation of the law, the Government is Always Right and the citizen is Always Wrong. That’s why he supported the Kelo decision, which gave government the power to use Eminent Domain to seize private property from one private party and give it to another private party. (something Eminent Domain was never supposed to be used for)

In my opinion, Souter was the worst Supreme Court Justice of the last 30 years. The only good thing he ever did was to retire relatively early.

Millions of us support what you are trying to do for our great country!