In defiance of congressional opposition. 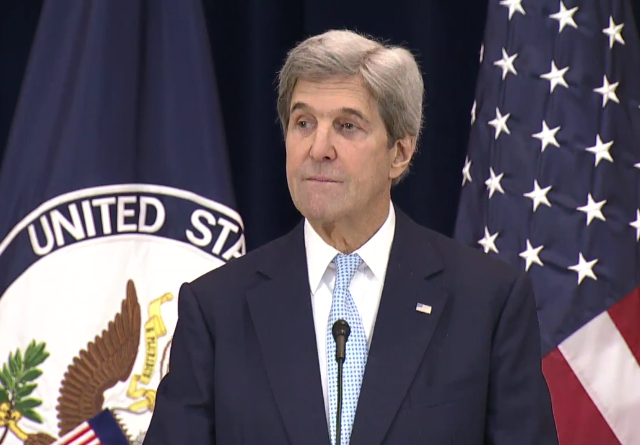 We already have seen numerous moves by the former Obama administration to extend its policy preferences into the Trump era, including $500 million sent just days before the inauguration to fund the Paris Climate Agreement.

According to reports, a similar tactic was used to evade congressional opposition to transferring funds to the Palestinian Authority after complaints about its incitement efforts, including paying monthly salaries to convicted terrorist in Israeli jail.

Officials say the Obama administration in its waning hours defied Republican opposition and quietly released $221 million to the Palestinian Authority that GOP members of Congress had been blocking.

A State Department official and several congressional aides said the outgoing administration formally notified Congress it would spend the money Friday morning. The official said former Secretary of State John Kerry had informed some lawmakers of the move shortly before he left the State Department for the last time Thursday. The aides said written notification dated Jan. 20 was sent to Congress just hours before Donald Trump took the oath of office….

Congress had initially approved the Palestinian funding in budget years 2015 and 2016, but at least two GOP lawmakers — Ed Royce of California, the chairman of the House Foreign Affairs Committee, and Kay Granger of Texas, who sits on the House Appropriations Committee — had placed holds on it over moves the Palestinian Authority had taken to seek membership in international organizations. Congressional holds are generally respected by the executive branch but are not legally binding after funds have been allocated.

So make Kerry pay it back, every cent.

On what grounds? He had every legal right to do it, and no longer had any political reason not to.

Sadly that defines fairly well the kind of people who’ve run things in DC for at least the last 8 years, possible forever.

Therein lies the problem. There are to many ways for he Executive Branch to ignore directives.

No, there aren’t, at least not in any way relevant here. There was no directive, and no legal reason at all why the money should not have been transferred long ago. The reason it waited so long was purely political.

Also, he hasn’t had a “political reason” not to do so since Nov. 9th, so why wait?

Until the 20th he needed to retain some kind of working relationship with Congress, and thus had political reason not to p*ss it off by ignoring a hold. Once he was out of there he had no further reason to give a sh*t about Congress’s feelings. and that’s all this is about. a “hold” is Congress saying we know you are authorised by law to spend this money, but we want you to hold off and we’ll be upset if you don’t.

A least we are shed of the treasonous sob!

Treason requires adhering to an enemy of the US. Merely acting in a way that helps an enemy is not enough. To which enemy do you allege he has adhered?

It is also giving “Aid and Comfort to the enemy”. So I think a case can be made, not only for Kerry, but also the last 8 years of Obama.

No, it is not. Therefore no such case can be made. Please read the d*mn constitution before commenting on it again.

Well I am no sure what your little screech means, if you are saying that Treason does not encompass “Aid and Comfort to the enemy, well then as usual you have once again Milhouse let his mouth override your actual Knowledge and Intelligence.

“giving them aid and comfort within the United States or elsewhere” Seems pretty clear to me.

However, if you are saying that no case of Treason can be made for Kerry or Obama, well that is just your opinion, to me the Iran Nuclear deal is a clear case of treason, especially from what has been released in the last few days. I think that most reasonable people would say it at least comes very close, well other than crazy Obama Zombies such as yourself.