Video of hours-long drive consistent with what I experienced. 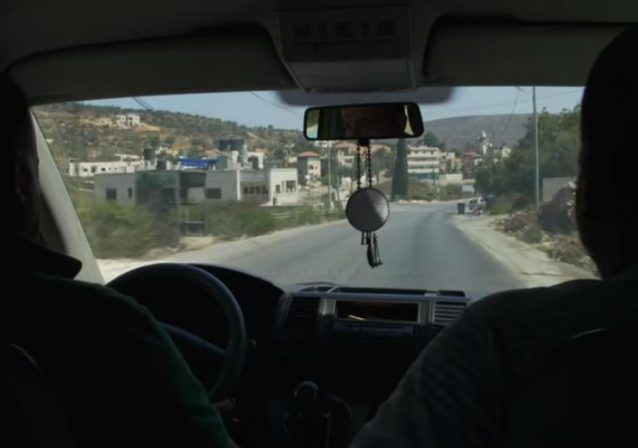 The propaganda by anti-Israel activists and faux “human rights” groups claims there are so many checkpoints in the West Bank that Palestinians have no freedom of movement.

In fact, as suicide bombings and similar attacks have decreased, so have the number of checkpoints. Most of the main checkpoints are now at areas leading into Israel or, for security reasons, at access points to Jewish communities in the West Bank. There also are certain places, such as Hebron, where the intensity of terrorism is such that there are fixed checkpoints, and as the security situation demands, there could be so-called “pop-up” checkpoints.

Videographer Ami Horowitz set out to prove the point. His video is consistent with what I experienced in 2013 and 2015 driving on local roads in Samaria (the northern part of the West Bank) in areas under Israeli military control (we did not venture into areas controlled by the Palestinian Authority, being warned off by the large red signs warning Israelis not to enter for fear of death). We were able to drive pretty much freely over substantial distances without encountering any checkpoints.

A New York-based documentary filmmaker known for his controversial videos-gone-viral told The Algemeiner on Wednesday that he was surprised by what his newly released clip — “Palestinian Road Trip!” — revealed: that accusations against Israel about the “hours” it takes West Bank Arabs to travel from place to place as a result of Israeli roadblocks are highly exaggerated, if not outright false.

Ami Horowitz, producer of dozens of films — including: “U.N. Me,” “Hamas Is Fantastic,” “Berkeley Students React to ISIS Flag” and “Stockholm Syndrome” — said that the purpose of his latest project was to look into the both “disturbing and plausible” claims that residents of the Palestinian Authority are severely inconvenienced and humiliated by long waits at Israeli checkpoints.

“I’m Jewish and my mother is Israeli, but if we are systematically treating other people unfairly, I consider it my duty to expose that,” he said….

Horowitz said that the current five-minute clip is part of a full-length video in which he makes a point that he claimed most people do not consider.

“While there are a handful of checkpoints in the West Bank, a person in, say, Qalqilya, is not subject to them unless he travels to a different area or into Israel,” he said. “Israelis, on the other hand, are stopped at checkpoints multiple times a day — at the entrance to every supermarket, café, shopping mall, movie, etc. And when there are terror waves or alerts, it takes them longer to get through these inspections, too.”

In his speech on Mideast peace on December 28, US Secretary of State John Kerry said he had passed by “military checkpoints [in the West Bank] that can make even the most routine daily trips to work or school an ordeal.”