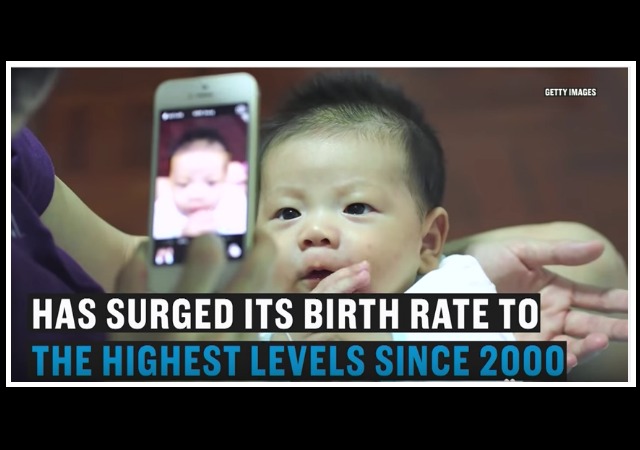 China loosened its one-child rule last year, which has helped grow the country’s birth rate for the first time since 2000. The BBC reported:

There were 17.86 million births in 2016, an 7.9% increase on 2015, according to National Health and Family Planning Commission (NHFPC) statistics.

“While the total number of women of childbearing age fell by five million, the number of births increased significantly, showing that the family planning policy adjustments were extremely timely and extremely effective,” said the NHFPC’s Yang Wenzhuang.

He said that by 2020, there were expected to be between 17 and 20 million births every year.

Officials estimate that by 2050 there will be an extra 30 million extra of working age in China.

I bet their “baby girls found in landfills and dumpsters” has dropped as well!