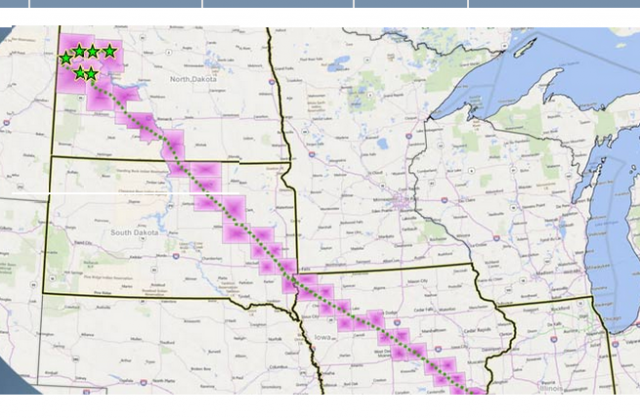 While everyone is focused on Trump’s Supreme Court nomination of Gorsuch, the Army Corps is pushing ahead with plans to complete the Dakota Access Pipeline.

“Today, the Acting Secretary of the Army Robert Speer informed us that he has directed the Army Corps of Engineers to proceed with the easement needed to complete the Dakota Access Pipeline. This will enable the company to complete the project, which can and will be built with the necessary safety features to protect the Standing Rock Sioux Tribe and others downstream.

“Building new energy infrastructure with the latest safeguards and technology is the safest and most environmentally sound way to move energy from where it is produced to where people need it.

“This has been a difficult issue for all involved, particularly those who live and work in the area of the protest site, and we need to bring it to a peaceful resolution.”

Representative Kevin Cramer released the following statement after Speer’s message:
“I have received word the Department of Defense is granting the easement for the Dakota Access Pipeline and Congressional notification is imminent. It’s time to get to work and finish this important piece of energy infrastructure enhancing America’s energy security and putting North Dakotans and Americans back to work. President Trump has proven to be a man of action and I am grateful for his commitment to this and other critical infrastructure projects so vital to our nation.”

Hoeven’s statement did not say the Army Corps has actually issued the easement, a step that would allow construction to move forward. An agency official did immediately reply to a request for comment on Tuesday.

The easement in question would allow Dakota Access developers to build the pipeline under Lake Oahe in North Dakota, nearing the Standing Rock Sioux Tribe’s reservation in the state.

The tribe, saying the pipeline threatens its water supply and sacred sites in the area, protested against it and brought a lawsuit to block it last year. The Army Corps approved but never issued the easement under President Obama, and in November administration officials said they would not issue the easement and instead conduct an environmental impact assessment of the line. That process could delay the project for years.

Dakota Access protests cropped up around the country before that announcement, and thousands of demonstrators established protest camps against it in North Dakota.

Thank God! The environmentalists are about to see what happens when the law gets enforced.

I’ll feel better when I see the actual construction start.

what’s really funny is that North Dakota is expecting 1099’s or W-2s on all the paid protestors, and will pursue them if they don’t file and/or pay taxes…

Are we getting tired of #winning yet?