“election we just held was delegitimized by foreign interference” 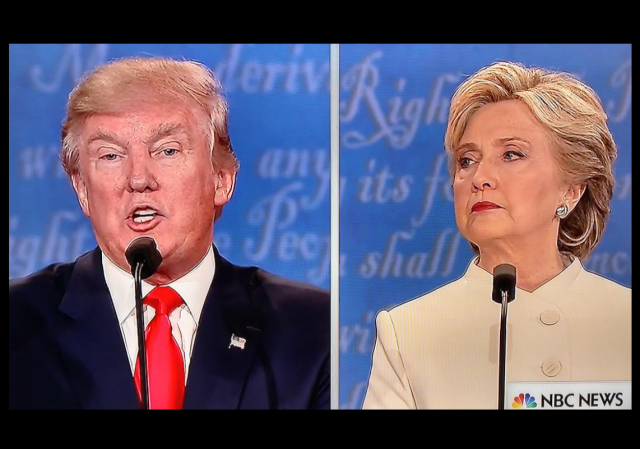 Remedy for Russian meddling should be new election

It sounds like a story lifted from the pages of a spy novel. U.S. intelligence officials have concluded that Russian dictator Vladimir Putin led a cyberespionage scheme designed to help Donald Trump win the presidential election.

What’s even worse is that Putin’s plan worked and Trump now seems to be siding with Russia against U.S. intelligence agencies. It’s hard to know how to respond to this because it is unprecedented. But it is essential to take whatever action is necessary to make this right, as difficult, complicated and even uncomfortable as that may be.

The hard reality is that the presidential election we just held was delegitimized by foreign interference. This is not some conspiracy theory or fevered fantasy; it is a conclusion that flows directly from the unanimous assessments of the U.S. intelligence community.

It would be an enormous mistake to ignore this, as Trump has suggested we should.

In fact, if we can confirm the intelligence report’s conclusion that Putin intervened with the goal of electing Trump, there must be a new election in the United States.

This sounds extraordinary, and of course it is. But it can be done, and indeed must be done in order to uphold the fundamental democratic principle of free and fair elections, a principle undermined by the Russian efforts.

Given the behavior of the Left after this election with all their whining and carrying on as well as Trump’s actions since the election, should we have a do over election then Hillary would likely lose even more substantially.

Ah, there’s that word. When guys like this say “democratic”, they really mean “Democrats”.

the fundamental democratic principle of free and fair elections, a principle undermined by the Russian efforts.

From where I’m sitting, it looks like one of the people trying to undermine fundamental democratic principles of free and fair elections is Chris Edelson. And we don’t need rumors from a bunch of slippery Intelligence agencies to establish that as fact.

We need to clean the swamp in higher education too.

Interesting that none of those “intelligence agencies” actually say this, in fact they say quite the opposite.

Leftist are just upset because they weren’t able to get away with their usual tricks.

Of curse we need another Presidential election!
And we will have it, in 4 years.

at least he admits that the only way this can be done is by amending the constitution. Well, if he can get 2/3 of each house of congress and 38 state legislatures to pass his proposed amendment, I’ll agree that he deserves his new election. Lotsa luck with that.

“The hard reality is that the presidential election we just held was delegitimized by foreign interference.”

This is simply untrue and no intelligence agency says this. Even if we give him Russian attempts to influence the election as a fact, there is no evidence that what they did actually had any effect. Hillary still got a little more than half the popular vote, as was predicted by people who weren’t themselves shilling for her. She just didn’t get those votes in the right places.

BTW, last week Green Bay beat KC 18-16, even though all of GB’s points came on field goals and KC scored two touchdowns. Where are the SJWs on this? Shouldn’t they be protesting that KC is the actual winner of the game because they scored more touchdowns than GB?