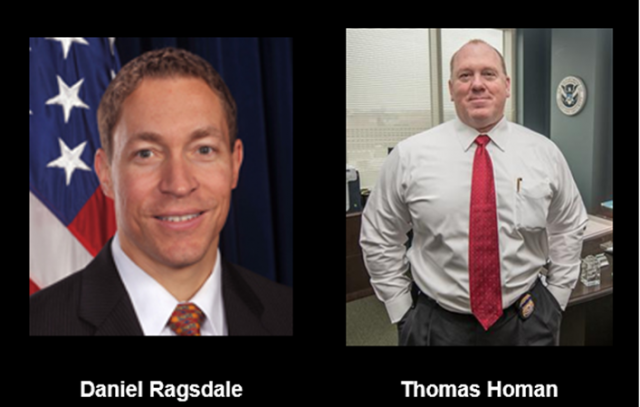 He also replaced the acting head of Immigration & Customs Enforcement (thanks to Legal Insurrection reader PhillyGuy for the tip).

Unlike the firing of Acting Attorney General Sally Yates, the replacement of Acting ICE Director Daniel Ragsdale came with no explanation. Ragsdale was replaced by Thomas Homan, ICE’s executive associate director of enforcement and removal operations since 2013.

“I am confident that he will continue to serve as a strong, effective leader for the men and women of ICE,” John Kelly, the secretary of Homeland Security, said in a brief statement.

Homan, a former New York police officer, is a 30-year veteran of immigration enforcement, having served as U.S. Border Patrol agent and deputy assistant director of ICE for investigations, according to DHS.

The announcement came as turmoil swirled around Washington over Trump’s firing of Yates, an Obama administration holdover, as acting attorney general.

Perhaps the best tack to take right now is for President Trump to accept the resignation of all acting heads and put in new acting heads until the Senate votes on his nominees.

I love it. Wikipedia is already calling this (and the Yates firing) the “Monday Night Massacre”. LOL!

Could this have anything to do with the Fast and Furious scandal?

General Kelly is putting his own man in place. Why have a holdover from the prior Homeland Security Director who could undermine you (and may have indicated he would do so) when you can have a guy you trust in the job?