VIDEO: U. Michigan Prof Dragged Off Plane by Police

VIDEO: U. Michigan Prof Dragged Off Plane by Police

“would not comply with boarding gate procedures” 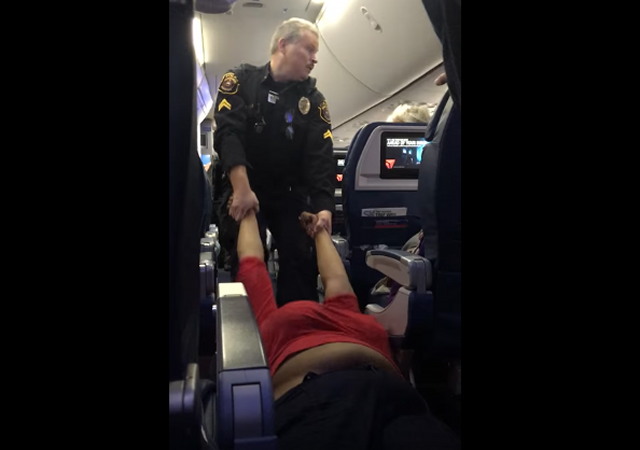 There doesn’t appear to be any real meaning behind this incident other than the fact that she wouldn’t comply with procedure. How strange.

A woman recently dragged off a plane by airport authorities is University of Michigan assistant professor Rhima Coleman.

According to her faculty profile, Dr. Coleman specializes in biomedical engineering.

Earlier this month, she allegedly would not comply with boarding gate procedures and refused to walk off the plane when asked by officers, so she was dragged off by her wrists and ankles as passengers filmed the incident, several Michigan-based news outlets report.

“We’ve learned she had blown past the gate agent, boarding unlawfully, refusing to properly check her bags and then refused to get up and leave the aircraft. All the while she was cursing at responding officers who begged her to walk out on her own,” reports ABC Detroit (WXYZ).

And this is what’s teaching our youngsters.

Well, that should earn her a spot on the “NO FLY” list. Now if we could just get her on a “No Teach” list.

Now if this had been a conservative professor who was defending Trump then the University would already be trying to dismiss them.

I have often wondered what these people who force themselves to be carried away are thinking? Do they believe that the cops will just go; “Well in that case we will just let it slide?”

I am surprised that she isn’t a women’s studies professor. I also hope she got carpet burn on her ass.

re: “I am surprised that she isn’t a women’s studies professor. I also hope she got carpet burn on her ass.”

Eeeeww…! That’s a large hunk-of-funk to be dragging across the airplane cabin floor. Just think of the aroma at 30,000 feet for 3 hours. Nasty!

Judging by her bulk, I would think her thoughts were….They can’t get a porta crane in here.

I certainly hope she’s earned her place on the ‘NO Fly’ list, with that attitude she’s better suited to the Greyhound crowd.

C. Lashown — Extremely disappointing comment and I hope you apologize for making it. Why would it be OK for people who ride a Greyhound to be subject to such behavior but not people who ride airplanes. Being poor (which is probably why someone rides Greyhound as opposed to flying) is not grounds for being treated with less respect.