“Actual impacts that we heard from those interviewed included shock, anger, surprise…” 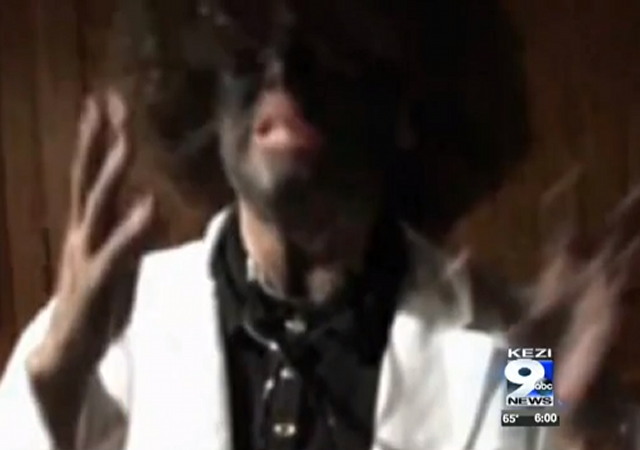 Back in November, we told you the story of Professor Nancy Shurtz of the University of Oregon, who wore blackface at an off-campus campus Halloween party.

She claimed she was emulating a black author she respected but it still set off a firestorm.

Many of her colleagues signed a letter asking her to resign.

Scott Jaschik of Inside Higher Ed has an update to the story. The investigation isn’t over yet but the school has made one determination. Here are some highlights:

“The fact that the event was off-campus at Shurtz’s home distinguishes it from the standard classroom environment in which the students can be considered a ‘captive audience,’ unable to just ‘avert their eyes’ from something that offends them. However, several students said they felt like they could not leave when they wanted to, despite being offended and uncomfortable, for the same reason they felt obligated to attend, and some said this was because Shurtz had papers of theirs still waiting to be graded.”

The report — by a Portland law firm — also noted that the university is committed to academic freedom and First Amendment principles. But the report said that these rights are not absolute for faculty members, and that it is appropriate to consider the “disruptive” impacts some speech could have in some circumstances. Specifically, it noted that speech that takes the form of harassment is not protected.

“Actual impacts that we heard from those interviewed included shock, anger, surprise, anxiety, disappointment, and discomfort with remaining at the event. Given the number of students who were present for the event, the publicity surrounding the incident, the severity of the costume choice and the level of offense, and the significant and ongoing impacts upon both the attendees as well as the student body, it is clear that Shurtz’s costume was substantially disruptive to the educational environment,” the report says.

Scott Coltrane, a provost at the university, has also released a statement.

Dear members of the University of Oregon campus community,

A decision by Professor Nancy Shurtz to wear a Halloween costume that included black makeup on her face and hands at a party she hosted for UO law students, former students, and faculty members forced our campus to face some very difficult truths about racism, ignorance, and the state of inclusivity on our campus. Her costume mimicked the historic stereotype of blackface, and caused offense to many who witnessed it.

Today, I write with news of the disposition of the investigation led by the UO Office of Affirmative Action and Equal Opportunity as a result of complaints made to the law school following the event at her home on October 31. The investigation into whether Professor Shurtz violated any law or university policy was conducted by the Barran Liebman LLP law firm in Portland under the direction and guidance of the AAEO office and UO general counsel Kevin Reed…

Though the report recognizes that Professor Shurtz did not demonstrate ill intent in her choice of costume, it concludes that her actions had a negative impact on the university’s learning environment and constituted harassment under the UO’s antidiscrimination policies. Furthermore, the report finds that pursuant to applicable legal precedent, the violation and its resulting impact on students in the law school and university outweighed free speech protections provided under the Constitution and our school’s academic freedom policies.

However inappropriate, it’s amazing that this was all caused by a Halloween costume.

Cannibalism is alive and well.

Their clinical cannibalism division diverts clumps of cells from their abortion business to channel Mengele.

Liberals eat their own.

So, this is the motivation for the war on coal miners.

She should have burned an American flag while wearing the blackface. They would have eaten that up!

Or declared herself a transsexual person of color.