“This is your final disgrace, Hillary. Go home.”

“This is your final disgrace, Hillary. Go home.”

Bill Whittle on the meaning of the 2016 recounts. 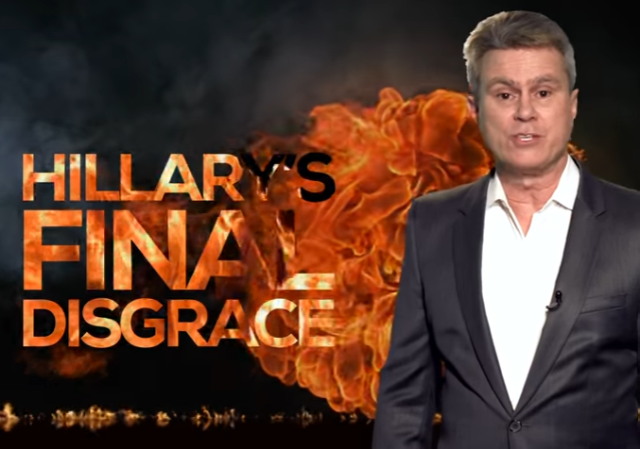 Remember when Hillary insisted that if Donald Trump wouldn’t accept the results of the election, he was threatening our democracy? She doesn’t. Neither does Jill Stein, apparently.

In a new video, Bill Whittle explores what’s really going on here and suggests this is all bout de-legitimizing Trump’s victory. Just think back to George W. Bush and “selected not elected.”

Here’s a partial transcript of the video from Truth Revolt:

Well, as I write this, the Clinton campaign has decided to join in the three-state election re-count launched by Jill Stein, who, like all communists, is eager to raise a lot of money – around seven million dollars, so far. That means that Jill Stein has raised twice as much money to RECOUNT votes as she did trying to get them in the first place.

Now of course, any ADDITIONAL money raised by Jill Stein she gets to keep; my guess is that will result in a few VERY well-paying jobs to keep these socialists rolling in the cash they didn’t earn.

This kind of petty money-grubbing and grandstanding is the left wing doing what it does best: childishly running around stomping and screaming for attention at a dinner party for intended for adults.

So why did Hillary Clinton decided to attach her name, her campaign’s name, and the Democratic party brand to this foolishness. Why?

Democrats call always be counted on to find a few hundred “missing” votes somewhere, but Wisconsin, Michigan and Pennsylvania were won by significant margins and Hillary needs to overturn all three in order to crawl back into the Presidency. That’s not going to happen, and everybody knows it. So why is she battering the already-ruined Democrat party with this nonsense?

Well, the recount will not change the RESULTS of the election, but it could change HOW Donald Trump gets elected. It’s a longshot, but If the recount ties up the electoral votes of these three states when the electoral college meets in mid-December, then neither Trump nor Clinton will have the necessary 270 electoral votes needed to become President. Under such a scenario, the decision would fall on the Republican-majority House of Representatives, who would immediately vote to elect Donald Trump.

While we’re on the subject of the recount, let’s see how things are going so far.

The Daily Caller has the scoop:

The first day of Wisconsin’s presidential recount narrowed the gap between former Secretary of State Hillary Clinton and President-elect Donald Trump by precisely one vote.

Trump defeated Clinton in Wisconsin’s initial tally by about one percent, or just over 22,000 votes. Nevertheless, Green Party candidate Jill Stein (who finished a very distant fourth) is demanding a full recount after suggesting fraud or technological glitches may have swayed the results. In response to Stein’s demand, Wisconsin began recounting all its ballots Thursday.

But the first results to emerge suggest the final tally will be rather close to the original one.

I kinda off topic, but not:

“Madonna kissed Ariana Grande, repeatedly criticized President elect Donald Trump and said she was ashamed to be an American in a magnetic performance in Miami on Friday night where she raised more than $7.5 million for the African nation of Malawi.”

Who died and made these people including Hillary the standard bearers. They are all pissed because “we” are tired of living their lie. They have no interest in working with us deplorables. They are the party of hate, division and racism.

It is time to move on and get some work done. Let these losers distract themselves.

Anyone with kids knows that when you stop giving the tantrum attention, they stop.

In Miami. This week. Did she happen to mention Castro?

When does he ever NOT knock it out of the park with his observations and presentations?

I have always liked this guy.

If Hillary had won more electoral votes than Trump she would have won the election. IT’S NOT FAIR. SHE DIDN’T GET HER FAIR SHARE OF ELECTORAL VOTES. THIS IS NOT WHO WE ARE.

I’ve said it for years…

Bill Whittle is a national treasure.

Wow, I couldn’t have described Hillary better myself.

I have this tiny evil hope that the recounts show that Trump won by an even bigger margin than was first thought, lol.