Investigation shows he was not 9/11 First Responder, as Electoral College set to elect Trump 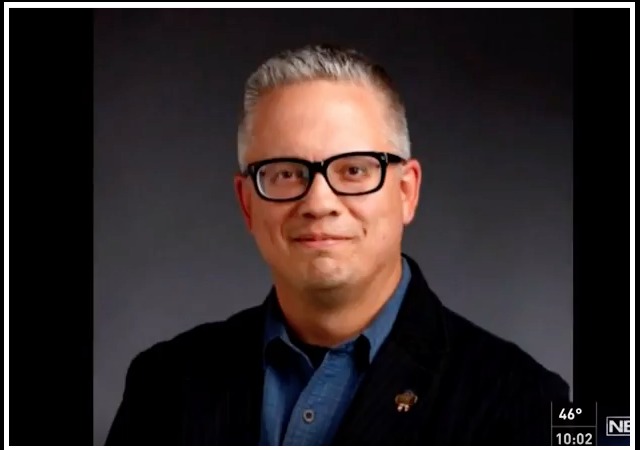 Republican elector Chris Suprun caused a ruckus when he announced he would not vote for President-elect Donald Trump even though Trump won the state in the November election.

But is it all a publicity stunt? WFAA investigated Suprun’s past and found numerous inconsistencies such as lying about working as a 9/11 first responder at the Pentagon:

“He claimed to be a first responder with the Manassas Park [Virginia] Fire Department on September 11, 2001 and personally told us stories ‘I was fighting fire that day at the Pentagon.’ No, I was on a medic unit that day at the Pentagon and you make a phone call to Manassas Park and you find out that he wasn’t even employed there until October 2001,” said a first responder who knows Suprun and only agreed to speak about him if his identity was concealed.

The City of Manassas Park confirmed to WFAA that it hired Suprun on October 10, 2001, one month after the 9/11 attacks.

The fire chief there added that his department never even responded to the Pentagon or any of the 9/11 sites.

“It’s no different than stolen valor for the military; dressing up and saying ‘Hey, I earned a Purple Heart’ when you weren’t even in combat.’ There’s a big difference between shopping at Old Navy and being a Navy SEAL,” said the first responder who knows him.

It shows he was, at the time this story aired on WFAA, a paramedic with Air Methods air ambulance service. But Christina Brodsly, a spokeswoman for that company, said he is not an employee there.

Suprun also claims to currently be a paramedic with Freedom EMS in Dallas. But records from the Texas Department of State Health Services indicate there’s no such company. A firm with that name used to exist in Houston, but it went out of business in 2008, according to DSHS.

Creepy thing is that at two baseball games he threw out the first pitch as a 9/11 veteran in full uniform.

What uniform is he wearing?! Manassas Park told WFAA “it looks similar to theirs from 12 years ago but could not positively identify it.”

Leftists and celebrities can try all they want, but it turns out the electoral college voters will back President-elect Donald Trump for president. The Associated Press asked 330 electors and most said they will vote for Trump:

Whether they like Trump or not, and some surely don’t, scores of the Republicans chosen to cast votes in the state-capital meetings told AP they felt bound by history, duty, party loyalty, or the law to rubber-stamp their state’s results and make him president. Appeals numbering in the tens of thousands — drowning inboxes, ringing cellphones, stuffing home and office mailboxes with actual handwritten letters — have not swayed them.

The Associated Press tried to reach all 538 electors and interviewed more than 330 of them, finding widespread Democratic aggravation with the electoral process but little expectation that the hustle of anti-Trump maneuvering could derail him. For that to happen, Republican-appointed electors would have to stage an unprecedented defection and Democrats would need to buck tradition, too, by peeling away from Hillary Clinton and swinging behind a consensus candidate in sufficient numbers.

Protestors have bombarded these people with emails and telephone calls containing death threats, but none of this will change their minds. In fact, only one of the interviewees told the AP he would not vote for Trump:

Nashville attorney Tom Lawless, who chose Marco Rubio in the primaries, described his vow to cast his electoral vote for Trump in blunt terms. “Hell will freeze and we will be skating on the lava before I change,” he said. “He won the state and I’ve pledged and gave my word that that’s what I would do. And I won’t break it.”

Nor will Jim Skaggs, 78, a developer from Bowling Green, Kentucky, despite deep concern about Trump. “His personality worries me,” Skaggs said. “He is not open-minded.” Skaggs knew Trump’s father through the construction business, met the son in his 20s, and “I wasn’t impressed.”

“I hope he is far better than I think he is,” Skaggs said. Even so, “I fully intend to vote for Donald Trump,” he said. “I think it’s a duty.”

After the AP article came out, The Hill reached out to “state party chairmen or officials for 10 of the 30 states Trump won in November, accounting for 170 of the 270 electoral votes he needs to win.” They promised they could “deliver 169 of the 170 electoral votes:”

“We’re certain about how our electors will vote,” Florida GOP chairman Blaise Ingoglia told The Hill. “There is a better chance of Hillary Clinton telling the truth about something than any of our 29 electoral votes going for anyone other than Donald Trump.”

The lone exception is a rebel elector in Texas, who has written an op-ed in the New York Times and said in media interviews that he will not vote for Trump.

One liberal group claims that they have “20 of the 37 GOP defectors needed to pull an upset.” However, no GOP party state chairmen could find evidence of the group’s claims. North Carolina GOP spokeswoman Emily Weeks said the party has remained in contact with the state’s electors and “they are all very excited and confident in their vote for Donald Trump.”

If an elector decides not to vote for Trump, the party will “deem that person to have resigned and would assign an alternate vote for Trump” in Michigan and North Carolina. Defectors can face charges for not voting for the winner in South Carolina, Washington, and California.

But those who want electors to change their vote hope many have not voiced their opinions to keep any of the options above from coming to fruition:

That’s what the opposition, led by liberal activist and Harvard professor Larry Lessig, is banking on.

Lessig, who is spearheading the effort from Iceland, believes many electors have buyer’s remorse and are spooked by swirling stories about Russia’s involvement in the election and Trump’s conflicts of interest.

“No one should overestimate the possibility of something significant happening Monday,” he said. “But it’s certainly the case that never in history have we had such a significant resistance by electors at this stage. A week ago we had one [rogue elector], now I’m confident we have 20. These issues are inducing people to second-guess their commitments and their numbers continue to increase.”

Want to watch something funny? Hollywood celebrities made a video to persuade electors to abandon their posts and vote against Trump. I personally cannot stop laughing.

Wow. A congenital liar AND he looks like Glenn Beck. This man deserves our pity, not our anger.

I would’ve liked his son, Charlie, to utter the line “He lacks the necessary stability”. That would’ve been even better.
Yes, this is a plea from millionaire elites who pretend for a living.

Also funny is that the DNC refused to allow Lessig to take part in the Democratic Primary debates (https://www.boston.com/news/local-news/2015/10/08/larry-lessig-harvard-law-professor-says-hes-scraping-to-get-by-as-presidential-candidate) , but now he is a darling of the progressives.

Faithless Electors should be deemed “unhinged”, sent to a Hospital for observation and a True patriot substitute put in his/her/it’s stead.

Does he have a Hawaiian birth certificate?

Yes, but you have to print it yourself.

I wish we could make a deal with these people making these extravagant projections. If they are completely wrong, then we never hear from them again publicly. Oh man, how I would love to never see another poll for as long as I live. Talk about #fakenews. I wonder if the news will continue to report on this guy’s findings. Do you think Facebook will censor him?

It’s a nice compilation of who we won’t be seeing at the inauguration of Mr. Trump, and whose movies/TV shows and other propaganda I personally won’t be watching.

I’m an American, I don’t need any advice from people who are famous for being famous. Bah!

I’ve been reading that the whole lefty circus will be coming to town for the inauguration. Of course, it’s going to be outside in Washington, DC in January. People have actually been known to catch cold and die from these events. I’m going to stay in place on the left coast, and scan my computer for video of the old codgers with the puppets. Maybe Code Pink will shiver in their vagina costumes.

Not always safe on the streets of D.C., either. Just ask the families of Seth Rich and Vince Foster….

Interestingly enough, these smug hammerheads don’t seem to know why the country has the Electoral College. It has nothing to do with “requisite qualifications”; those are minimal, and specified by the Constitution … including that “natural born citizen” thing. The Electors have nothing to do with it.

The idea, obviously, was that the smaller colonies would not be enthusiastic about signing themselves into oblivion in a federal structure in which they’d be buried by the larger colonies—Virginia, Pennsylvania, and New York. The same principle holds today (although the Constitution is safely ratified); nobody wants to be swamped by the large modern states, which are California, and … well … California. The Land of Fruits and Nuts.

Our goofy betters don’t seem to know much about Alexander Hamilton, either (although I’m sure many of them would have been perfectly happy to see him erased from the ten dollar bill). Like Trump, he kept a ghastly Democrat out of the White House. But Hamilton ended up shot because of it. I trust Trump will fare better.

Doesn’t Martin Sheen’s requesting electors to violate their pledges and in some cases commit a crime by doing so, constitute at the very least Accessory Before the Fact, or Attempted Accessory? I understand that it is illegal to urge someone to commit a crime.

1. No, it is not illegal to urge someone to commit a crime, unless it is done in a manner calculated to rob that person of his free will and cause him to act immediately on ones urging. That is the definition of incitement.

2. An elector voting as he sees fit isn’t and can’t be illegal, and those state laws purporting to do so are invalid on their face.

One good thing to come out of this is that the several states are going to tighten up their requirements for being an elector, and for defining their duties much more specifically.

(In directing how the electors are appointed the state legislature is carrying out a federal function, and is therefore not subject to the state constitution or courts. Cf Rehnquist’s opinion in Bush v Gore)

Oh my God, how delicious would it be if Trump ended up with over 330 ec votes!! Liberals would have to check themselves in to mental hospitals up and down the country for their own safety 🙂

Hilarious video! I can’t get over these leftist whack jobs “reaching out” to Republicans and conservatives . . . whom they’ve been calling fascists, racists, Islamaphobes, homophobes, redneck hill billies, and whatever else they could sputter out through their ancient or incredibly strangely puffed up lips.

I had to watch it twice because I was laughing so hard (and even so, I didn’t recognize half of these “celebrities”).