So American citizens from other states pay more? 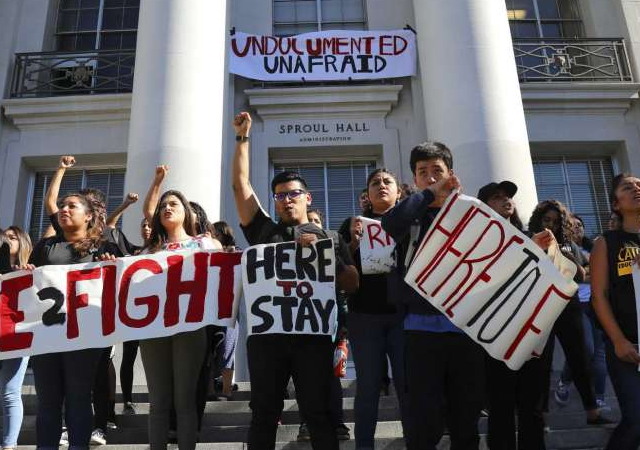 The taxpayers of California are getting fleeced by their largest public university system and a court just said it was OK.

A state appeals court says the University of California Board of Regents acted legally in allowing unauthorized immigrants living in the state to pay the same tuition levels as other residents and to get financial aid.

State lawmakers had voted in 2001 to grant in-state tuition to all students, regardless of immigration status, at all of California’s public colleges and universities. But because of UC’s independent status under the state Constitution, the legislation applied only to fees at California State University and community college campuses.

The regents, UC’s governing body, then voted to take the same step for students at their campuses who had attended high school in California and had applied to legalize their immigration status.

Fewer than 1 percent of the students at all three institutions were unauthorized immigrants eligible for those lower costs, according to a legislative staff report. At UC, students from California currently pay $12,294 in tuition and fees, while out-of-state students pay $38,976.

The regents took the same steps after lawmakers approved measures in 2011 and 2014 to make unauthorized immigrants eligible for state financial aid and loan programs.

The actions were challenged by a taxpayer represented by the conservative nonprofit Judicial Watch. The suit relied on a 1996 federal law that made unauthorized immigrants ineligible for state and local benefits unless they were expressly authorized by a future state law. The regents are not legislators and have no power to enact state laws, Judicial Watch argued.

So parents who obey the law and pay income taxes are suckers then?

Hm. Do you have to proactively assert your illegal status or is this status simply given to you if you refuse to provide proof of citizenship? If the second, it is in the best interest of any out-of-state students to simply shut up when asked where they are from.