Investigators haven’t ruled out a cause, including terrorism. 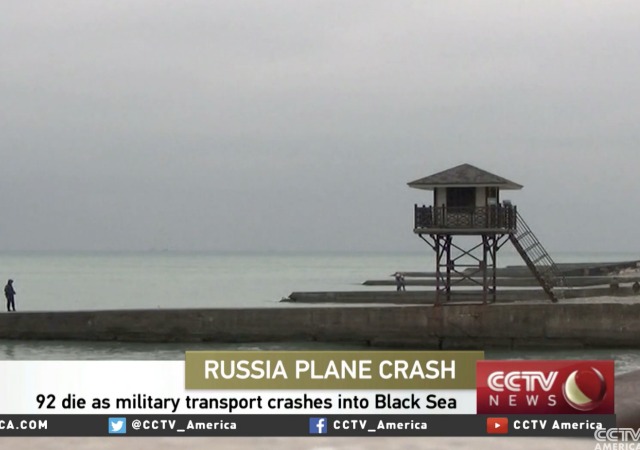 A Russian military plane crashed into the Black Sea, killing all 92 people, shortly after takeoff from Sochi. Officials have started an investigation and have not ruled out any causes, including terrorism:

All 84 passengers and eight crew members on board the Soviet-built Tu-154 plane operated by the Russian military are believed to have died when it crashed two minutes after taking off at 5:25 a.m. in good weather from the southern Russian city of Sochi.

More than 3,000 people — including over 100 divers flown in from across Russia — worked from 32 ships and several helicopters to search the crash site, the Defense Ministry said. Drones and submersibles were also being used to help spot bodies and debris. Powerful spotlights were brought in so the search could continue around the clock.

Victims included “64 members of the Alexandov Ensemble, the Russian military choir, who were traveling to Russia’s Khmeimim Air Base in Syria” to play for the Russian troops on New Year’s Eve.