That cup has penetrated the culture, and the minds of our youth. 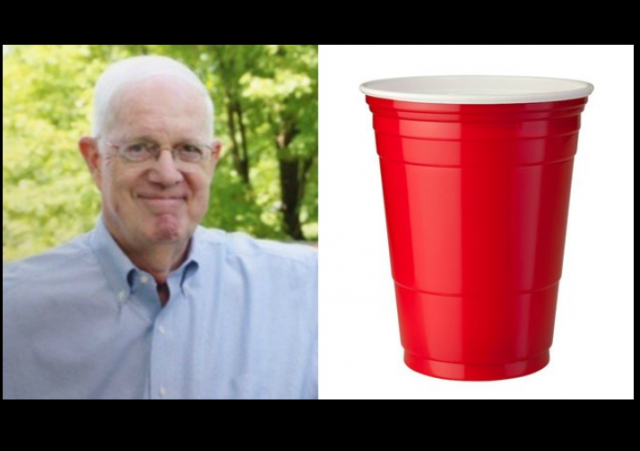 There have been many deaths we have written about this year, from great musicians to actresses to astronauts to Nancy Reagan.

But there may have been no other who so touched our lives.

Robert Leo Hulseman lived in Northfield, Illinois, but spent much of his time in Scottsdale, Arizona. He began working for his father’s business – the Solo Cup Company – at the age of 18. He then worked his way to the top to become president and CEO.

As president and CEO, Hulseman “oversaw the company’s growth into one of the largest food service packaging companies in the world,” according to an obituary posted by the Donnellan Funeral Home in Skokie. “He was known as an innovator, a hands-on manufacturing expert, and an industry pioneer.” 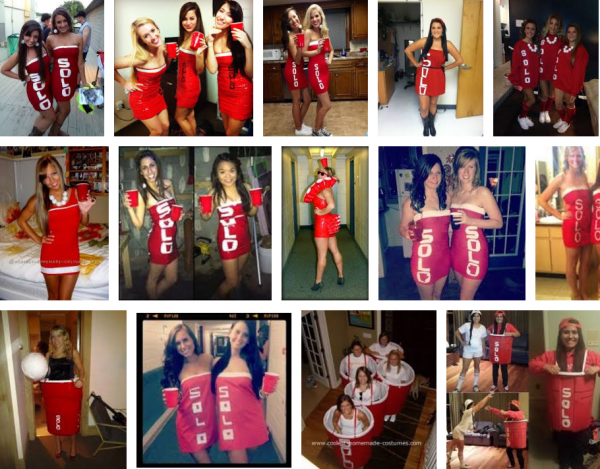 And the future leaders of our nation:

And the White Dixie Plate – wait, how did that get in here?

Thanks, for both the story and the links. Both the product and the songs are as American as it gets.

America’s per capita output of vomit rose sharply on college campuses after he invented the Red Solo Cup.

I vaguely remember super-gluing a Red Solo Cup into the hands of a passed out roommate back in 1975 or so. Can’t be certain because I only vaguely remember the 1970s. Shit, I don’t remember what I had for lunch today.

I remember taking a big swig of moonshine in late 1969 and everything is blank until 1978. If anyone out there knew me during those years please get in touch. I need to know if I had fun.

A talented businessman. Probably would have been successful at anything.

Probably would have made a good president, though he might have withered in the face of attacks by our corrupt news media.

Fortunately for us, we have not merely the peer of Mr. Hulseman about to enter the White House, but a man who can put corrupt propagandists in their place.

I’ll raise a red solo cup of good cheer for how he blessed my life!

Thanks for letting me know whom I had to thank for great outings and his story of American success!

Oh no – I still haven’t gotten over the death of that guy who invented sabering champagne bottles. I believe his name was Napoleon Bonaparte.

And naturally, UNC Chapel Hill blames “party cups” for both destroying the environment and contributing to sexual assault. But c’mon it takes real American ingenuity to be able to do both at a cost of just pennies per cup.

Go hug a tree, or a cactus.

Unfortunately even cactuses want nothing to do with me. Not a fan of dry wit I suppose.