Netanyahu: Confronts Journalists on Social Media because “It’s fun, I enjoy it”

Netanyahu: Confronts Journalists on Social Media because “It’s fun, I enjoy it”

Journalists respond by misquoting the question he answered to make it seem he liked “attacking” the press. 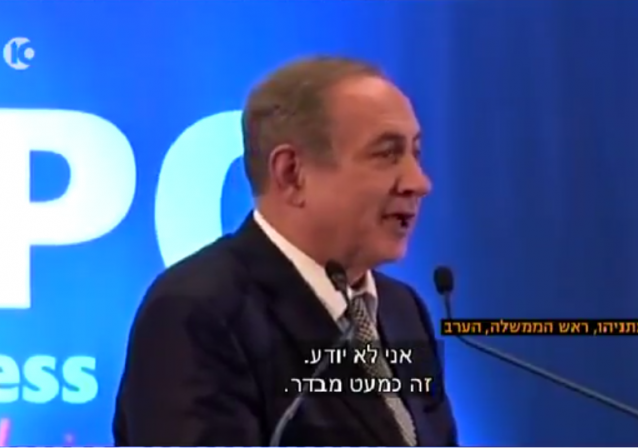 Israeli Prime Minister Benjamin Netanyahu doesn’t hesitate to take to social media to get his point across, including when the press treats him unfairly.

(Where have I heard that before?)

But if you read the headlines about some comments he made at a press event, you’d think Netanyahu just admitted to “attacking”, “lashing out” at, and “berating, badmouthing” journalists on social media.

But that’s not what he said. Those journalists misstated the question he was asked in their headlines. 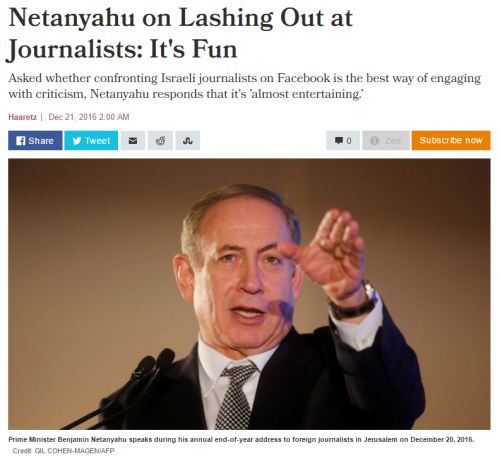 Far, far, far, far left 972 Mag used the “attack” word, and even included a photo of Netanyahu with Sheldon Adelson, for *some* reason: 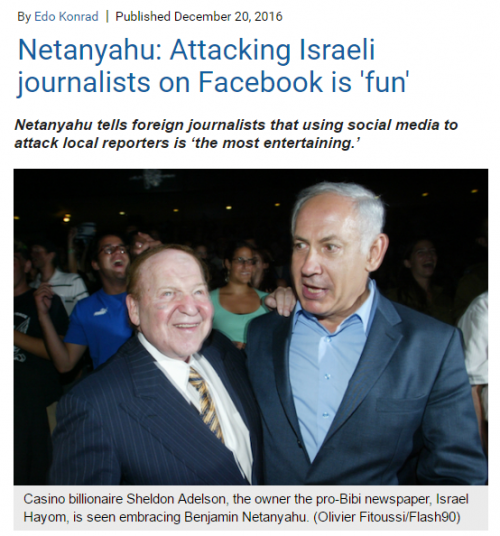 As did a Washington Post reporter based in Jerusalem:

.@netanyahu says he enjoys attacking journalists on social media because "it's fun"

A Times of Israel reporter used the “berate, badmouth” words:

.@netanyahu on why he berates, badmouths Israeli journalists critical of him: "I don't know, it's most entertaining. It's fun. I enjoy it." https://t.co/LM9Y7r9CYK

But was that really the question to which Netanyahu was responding?

No it wasn’t. The question was about “confronting” journalists. Listen carefully:

Question: “You seem to have a confrontation specifically on your facebook page with local journalists and media [inaudible] if you think that is the best strategy to engage with media that are critical to you?”

[Update – apparently the tweet with audio of the question has been taken down. Good that I transcribed it first.]

Confronting journalists has a very different connotation than “attacking”, “lashing out” at, and “berating, badmouthing.”

Might be fun, but given the misleading headlines, also necessary.

Here is his more complete answer, in which he states support for a free and robust press, including the right to criticize the government.

Good for Netanyahu. And good for the other guy, too. The JournoLists were judged in the People’s court and they lost both elections.

Here is his more complete answer, in which he states support for a free and robust press, including the right to criticize the government.

Where is “here”? All that follows is Netanel Darshan’s tweet, which I translated above. It says nothing about this, and does use the word “attack”.