Trump will announce his choice on Tuesday. 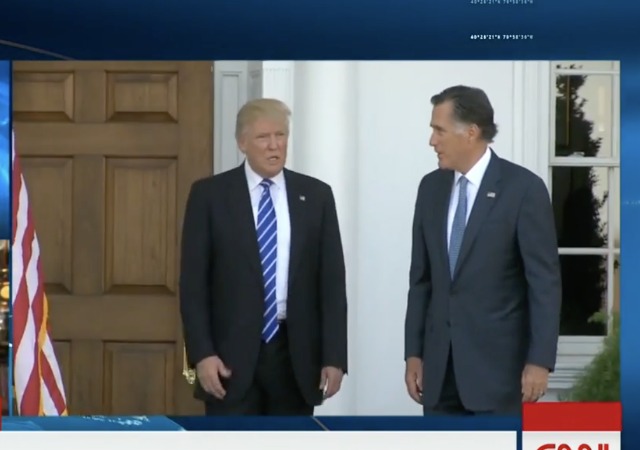 Former Massachusetts Governor Mitt Romney has confirmed President-elect Donald Trump will not choose him to serve as Secretary of State.

Scoop: Trump called Romney to tell him he's not getting post, I'm told.
Pres-elect expressed nothing but respect for him in recent days.

While sources did not identify that as the reason Romney wasn’t selected, Trump has chosen to move in a different direction, according to sources, and the call was made to Romney out of respect for his willingness to go the process and an appreciation for the perspective he brought to the table.

Trump will announce his decision on Tuesday morning. More than likely he will choose Exxon CEO Rex Tillerson.

I was hoping for John Bolton, but maybe he was too hard core.