Here’s hoping they do 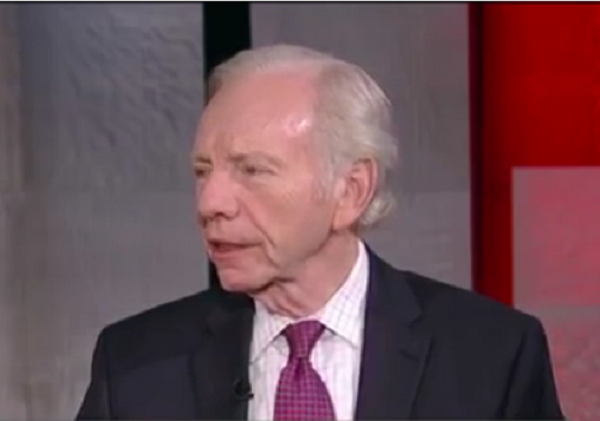 As Democrats bend over backwards to blame everyone but themselves for their massive losses at the federal, state, and local level, one recurring theme seems to bubble to the surface.  They think they aren’t far enough left, aren’t progressive enough to appeal to middle America; the answer, many seem confident, is to double-down on the Obama-Pelosi-Reid sharp left turn that has decimated their party.

Former Vice Presidential candidate and former Senator from Connecticut Joe Lieberman warns that the “left-left” might be gearing up to take over the party, and he thinks this is a very real concern moving forward with trying to rebuild the party.

The Democratic party needs to find a leader who’ll keep it from being taken over by the liberal wing — or it’ll risk losing more elections, warns former Connecticut Sen. Joe Lieberman.

In an interview to air Sunday with radio host John Catsimatidis on “The Cats Roundtable,”  Lieberman stressed the importance of political cooperation between both parties.

“Now I think there will be a real attempt by ‘the left’ left of the Democratic Party to take over the party, and I don’t think that’s the way to go to make it an effective party,” he warned. “It’s certainly not the party that I got drawn to … it’s not the party that I worked so hard for when Bill Clinton was president and it’s not going to be a winning party.”

He also says that he thinks Americans want the parties to work together.

“To me, both parties better watch out not to go back to the extremes —— left and right —— and not working with each other,” he said.

“I think that the public really wants both parties to get together, work together and solve some of the problems of our country, make the future better.”

FYI, Lieberman was Senator from Connecticut.

someone ought to wake old Joe up. The far left has already done it.

Yep. The Democrat/Liberal/Socialist/Communist/SJWs have been far-far left for decades. Even the GOPe is no better than near-left.

He seems to be concerned about the schism between what has become in recent years the Democratic party of racism, sexism, social engineering by law and “the mob”, and Big Money on one hand, and the nascent Democratic party of economic suicide and general junior-grade Marxism on the other.

The second group, as exemplified by the Bernie Babies, is where the energy and enthusiasm are, and that’s not a good sign for the old-guard corruptocrats of the Pelosi/Hillary school.

This has been a long time a-festering. Obama is somewhere in between the two camps; the Communists’ foot in the door.