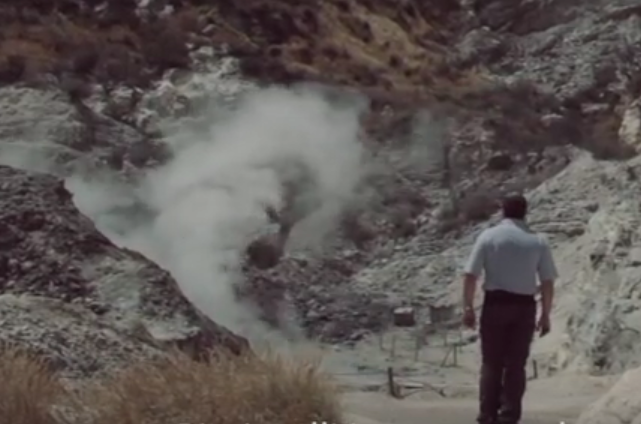 While progressives decry fossil fuel use as the source of our climate change woes, Mother Nature may be presenting us a more serious, immediate and real threat.

Most Americans are familiar with our supervolcano in Yellowstone. However, there is one in Italy that shows signs of potential activity.

A massive supervolcano under the city of Naples, Italy, is showing signs of life again, prompting concern among some scientists.

The Campi Flegrei, Italian for “burning fields,” that make up the vocano’s crater, or caldera, have been full of boiling mud, steam, and even smaller volcanoes for centuries. The people of ancient Rome believed the area to be the home of the Roman god of fire and volcanoes, Vulcan. Today, the fields are a popular tourist destination. But the caldera has been showing signs of an explosive awakening since 2012, and a new study indicates that a destructive eruption of the volcano could be coming soon.

While the volcano could pose a threat to the 500,000 people living in or around the caldera of the volcano, the researchers involved in the study stress that volcanoes are extremely hard to predict, and it is possible that it could fizzle out before reaching a critical pressure. But based on their findings, it will be prudent to continue monitoring the volcano.

An Italian report on the area with subtitles is provided in this video:

The supervolcano erupts periodically, with substantial impact on both the region and the global climate.

The initial eruption, which occurred 200,000 years ago triggered a “volcanic winter” from the massive amount of ash ejected into the atmosphere. The volcano then erupted again 40,000 and 12,000 years ago. … In recent memory, Campi Flegrei erupted in 1538 for 8 days straight, sending ash across Europe and forming the new mountain Monte Nuovo.

Interestingly, this supervolcano may have been a significant, contributing factor to the extinction of our Neanderthal cousins over 40,000 years ago. A study of Neanderthal remains and ash deposits show a composition signature that ties it back to the Camp Flegri complex.

The ash layers correspond chronologically to what is known as the Campanian Ignimbrite super-eruption which occurred around 40,000 years ago in modern day Italy, and a smaller eruption thought to have occurred around the same time in the Caucasus Mountains. The researchers argue that these eruptions caused a “volcanic winter” as ash clouds obscured the sun’s rays, possibly for years. The climatic shift devastated the region’s ecosystems, “possibly resulting in the mass death of hominins and prey animals and the severe alteration of foraging zones.

However, there is no need to panic just yet.

…[T]he Italians’ model only predicts eruption, if at all, decades down the line. The unrest noted in the volcano’s behavior starting in 2005 could also subside, stresses volcanologist Prof. Oded Navon of the Hebrew University of Jerusalem.

File this news under “Christmas Miracle”!

But hey, let’s regulate cow farts just to be on the safe side.

Occasionally the EPA does keep a failure out of the news. They had an experiment to transplant the bacteria from kangaroo guts to cow guts. Seems kangaroo poo doesn’t have methane, and neither does kangaroo farts. However, while putting bacteria from kangaroos intestines into cow intestines lowers the methane produces, it has other side effects. One is that when that cow plop is used to fertilize a kitchen garden, those who eat produce from said garden start to elongate their vowels, Aussie style. Somebody at the EPA had the good sense to have this reported in the Onion, so nobody would believe it was a true story.

I’m not a climate scientist but here my conclusion:

The Earth has a zit, as it heats up(because of the sun) it gets white heads(I know it’s racist) that eventually burst releasing the pressure and cooling the earth.

No need for the codicil you’re not a climatologist. I’m not an idiot, but I say stupid things all the time.

I think we need to encourage global warming now, to offset the future volcanic winter. If we time it just right, they’ll cancel each other out, and we can live happily ever after.

Is there an app for that?

Available at iTunes, I think.

No need to panic means, there’s no money to be made from this through graft, corruption, and academia [but I repeat myself]. On the other hand, we have GLOBAL WARMING!!!!

I see your point. What was I thinking!

The EU could tax Italy for “excessive carbon emissions.”

Of course, there isn’t anywhere to run. I’ve been to Naples several times whist in the Navy, and I’d hate to see it go BOOM! But then, when there’s an active volcano on the other side of the bay, can you say ‘trapped between Scylla and Charybdis’?

Clever. Clever. Lure all the terrorists to Europe with promises of welfare benefits.

Then blow it up.

If I were a vulcanologist in Italy, I’d be leaving the country now. This is the country that put geologists in prison for failing to predict an earthquake.