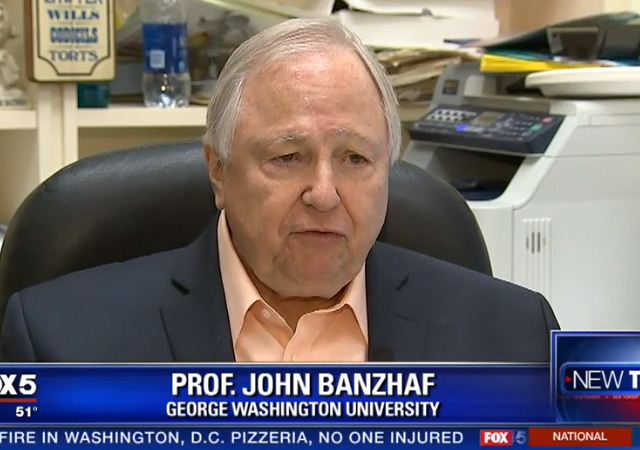 Left wing students at George Washington University recently issued a list of wacky demands which the school has rejected. One professor is praising the school’s decision.

A George Washington University professor is crediting school administrators for standing up to student protest groups and and not giving in to their “outrageous demands.”

The Progressive Student Union and several other on-campus student organizations have made a list of demands in a three-page later to school administrators calling on them to make a public acknowledgement that white privilege exists in the country and for the university to create a “sanctuary” for Muslim refugees fleeing the Middle East.

Other demands include asking the university to take steps to re-channel its resources and money to protect students from racism and sexism. They also want the university to divert students’ tuition money to fund homeless facilities, job training and community centers.

These groups also believe that the Fraternal Order of Police’s endorsement of Trump is an “act of violence” against them and are threatening their safety when they provide security at their protests.

In an op-ed piece penned by George Washington University law professor John Banzhaf, he credits the school for taking a stand to stop what Banzhaf has termed “political correctness run amok” that has overtaken college campuses across the country.

Banzhaf said if these demands were agreed to, it would have let “the inmates run the asylum.”

“In all too many cases, we have political correctness now becoming political craziness,” he said. “Students are making demands — faculty, deans, presidents are yielding, resigning [to them]. At the very least, they hold meetings and conferences. We didn’t do that. Student groups made more than a dozen literally crazy demands with no rational basis and our university ignored them and nothing has happened.”

Schools should look into overhauling the procedures and personnel of their admissions departments.

Mario Savio is spinning in his grave.

Let’s give credit here where credit is due, even if it is for simply not caving to stupid, uneducated, indoctrinated, demanding babies.