Few thought he would win. 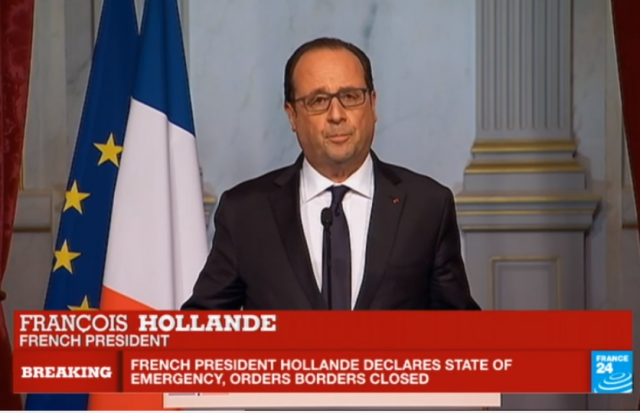 French President Francois Hollande has announced he will not seek re-election in next year’s election. The New York Times reports:

In a televised address from the Élysée Palace, Mr. Hollande said that he was “aware of the risks” of a candidacy that would not “rally” enough people to it.

“I have thus decided not to be a candidate in the presidential elections,” Mr. Hollande said.

Mr. Hollande, a Socialist, ended weeks of speculation about his intentions to participate in a re-election bid that few observers thought he could win. He has had some of the worst approval ratings for a president in modern French history.

Polls had indicated that Mr. Hollande, who has struggled to significantly reduce unemployment and whose term has seen some of the worst terrorist attacks on French soil, would not make it past the first round of the elections, which will be held in April.