The football player has made this a tradition. 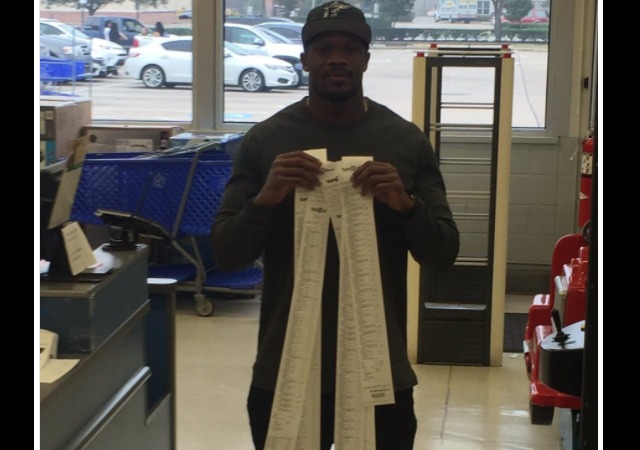 Former Houston Texans star Andre Johnson continues his holiday tradition by taking children to a local Toys R Us and sets them free to grab as many toys as possible:

When you only have 80 seconds to choose gifts from an entire store, it takes planning to get it right. Ricky Edmond visited the store days ago.

“We came by here on Saturday and we looked around and just kind of getting ideas of what he wanted to get and his sister wanted some things,” Shirley Bright said.

Edmond is one of a dozen kids who got to pick anything they wanted, with help from the Houston Texans cheerleaders. He also made sure he didn’t forget his sister.

Ricky was asked what he was going to get his sister.

The children were chosen by Child Protective Services to take part in the toy giveaway, which Johnson has sponsored for nine years. It’s something that always brings a smile to his face.

“When you grow up in certain situations you kind of understand so, there were times when I was not able to get what I wanted for Christmas. So I know that a lot kids don’t get what they want for Christmas. This idea was brought to me and I just kind of took it and ran with it,” Johnson said.

Johnson does this every year, but it never gets old!

I am very proud of @johnson80 for his outreach back to community for Christmas! Continue enjoying retirement. pic.twitter.com/Zo2kIwFPBe