Fake U. S. Embassy Shut Down in Ghana

Fake U. S. Embassy Shut Down in Ghana

Had been issuing genuine U. S. documents for a decade 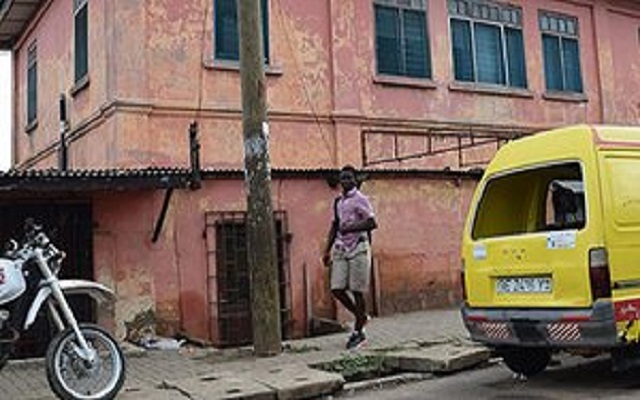 A raid conducted by authorities in Ghana shut down a fake U. S. embassy that was set up and run by a crime ring who issued legitimate visas and other documents to anyone who could pay for them.

It is not yet known where they got the genuine U. S. passports, birth certificates, visas, and other documents.  Such documents for other countries were also found at the site.

It is also not known how many of these documents were used to illegally enter the U. S. over the past ten years.

Authorities in Ghana have busted a fake US embassy in the capital Accra run by a criminal network that for a decade issued illegally obtained authentic visas, the US State Department said.

Until it was shut down this summer, the sham embassy was housed in a run-down, pink two-story building with a corrugated iron roof and flew a US flag outside. Inside hung a portrait of President Barack Obama.

“It was not operated by the United States government, but by figures from both Ghanaian and Turkish organized crime rings and a Ghanaian attorney practicing immigration and criminal law,” the State Department said in a statement released late on Friday.

Turkish citizens, who spoke English and Dutch, posed as consular officers and staffed the operation.

The Guardian has more:

The crime ring issued fraudulently obtained but legitimate US visas and false identification documents, including birth certificates at a cost of $6,000 (£4,700) each, the statement said.

During raids that led to a number of arrests, authorities also seized authentic and counterfeit Indian, South African and Schengen Zone visas and 150 passports from 10 different countries along with a laptop and smart phones.

The statement did not say how the gang obtained the authentic visas or how many people were believed to have illegally entered the US and other countries using visas issued by the crime ring.

“The criminals running the operation were able to pay off corrupt officials to look the other way, as well as obtain legitimate blank documents to be doctored,” the statement said.

There was no immediate comment from Ghana’s Criminal Investigations Division.

Visas for Western countries are in high demand in Africa and embassies say the visa market is a big target for organised crime.

. . . .  The real US embassy in Ghana is a prominent and heavily fortified complex in Cantonments, one of the capital’s most expensive neighbourhoods. Lines of people queue outside each day for visa appointments and other consular business.

The featured image for this post is of the fake U. S. embassy in Ghana; here’s what the real one looks like: 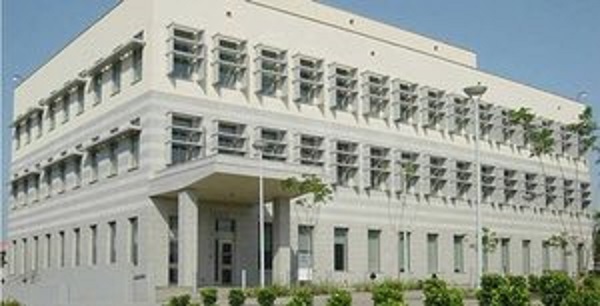 The fake embassy was open three mornings a week and did not accept walk-in appointments. Instead, the criminals advertised on billboards in Ghana, Togo and Ivory Coast and brought clients from across West Africa to Accra where they rented them hotel rooms in nearby hotels.

US authorities conducting a broader security operation were tipped off about it and assembled a team including the Ghana Detectives Bureau and police as well as other international partners to shut down the ring.

A “visa” is not a document, but permission for a citizen from some other country to enter the USA. Every passport, visa is checked against records inside the USA upon entry, so the record is the visa.

Your article implies that acquiring documentation alone was or could be effective.

I have entered the USA totally without any documentation from Asia,(stolen while on the plane) and yet the immigration officer could find a copy of my passport in seconds on his computer.

All one has to do these days is get into the USA legally or, preferably, illegally to slurp up all the benefits of citizenship. So, tell me again, what was the value of stealing your passport if it can’t be used illegally?

Lib didn’t say the “visa” wouldn’t work, only that it would be illegitimate, and that’s right. It’s kind of like a CCW PERMIT being the PERMISSION to carry, not the letter authorizing that permission, or the card showing that authorization.

It was taken along with my wallet, ticket stubs etc as it was in a fanny pack. I was sleeping at the time. Cebu to Portland, 11 hours.

Actually, a visa IS a printed document. It is issued by an embassy, or sometimes a consulate, and is presented, by a foreign citizen, as proof that entry into the United States is authorized by the US government. There is supposed to be a computer record of the issuance of the visa to a particular person, but this may or may not be available at the time of entry. And, if the immigration official does not check for a computer record of the visa, its illegitimacy may not be detected.

Oh yeah, America is tight as a drum.

There is zero chance the US didn’t know about this from the beginning. The question is, why did they allow it to continue for 10 years?

Oh this has CIA front written all over it.

If this keeps up, the Clinton Foundation isn’t going to have any sources of revenue left!

How many of them voted for Hillary! this year?

…and every one of them voted for Hillary and her dems !!!! ABJ

Maybe they handled “voter registrations” too … for all 57 states.