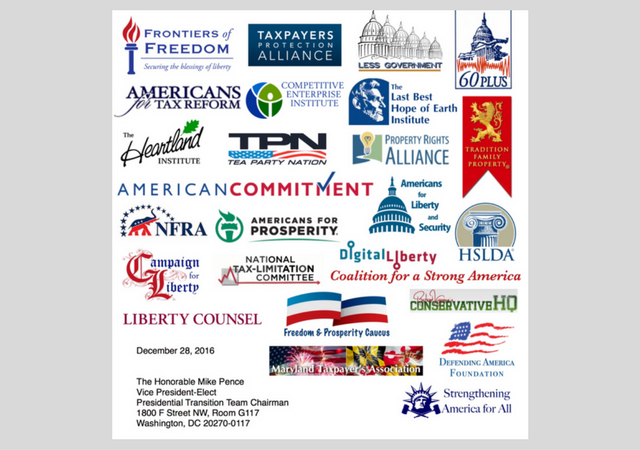 Several right-leaning non-profit organizations have come together to urge the waning Obama administration to abstain from “midnight litigation”.

Any litigation instigated by the outgoing administration won’t be shelved simply because a new regime takes control. Congress has no authority over such litigiousness either.

The Obama administration has made a habit of legislating through bureaucratic agencies, so it’s not surprising that these organizations are concerned about spending the next few years pouring valuable resources into battling politically motivated legal complaints.

It has come to our attention that a number of Departments and independent agencies are working furiously behind closed doors to bring significant, legally tenuous litigation against American business interests before January 20, 2017. Doing so will saddle the Trump Administration with having to litigate cases based on job crushing liberal legal theories. Such “midnight litigation,” particularly litigation that does not concern imminent threats to health or safety, must receive the strictest of scrutiny from the transition, and we urge the new Administration in the strongest possible terms not to treat such litigation with deference.

We have long been concerned about “midnight regulation” – regulations promulgated in the waning days of a lame duck administration. Because of this concern, Congress enacted the Congressional Review Act, which provides Congress procedural tools to disapprove expeditiously these last ditch midnight regulations. Congress, however, has no authority over litigation brought by the Executive Branch, and it will be incumbent upon the Trump Administration to decide whether to continue to pursue such cases.

President-elect Trump promised to “make American great again” and successfully argued that a rigged system has stymied growth, competitiveness and opportunity. This is due in no small measure to the Obama Administration’s war on business, which was again made apparent only days ago with the President’s executive action to ban offshore oil drilling in areas of the Artic and Atlantic Oceans. The mountains of regulations promulgated by the current Administration are a key reason economic growth has been dismally low. Litigation is another form of executive action that can have similar devastating impacts on American jobs and competitiveness and should be reviewed in the same manner that the Transition is reviewing regulations.

We appreciate the difficult work ahead of you and wish you the best as you continue to prepare to undo the damage of the last eight years. 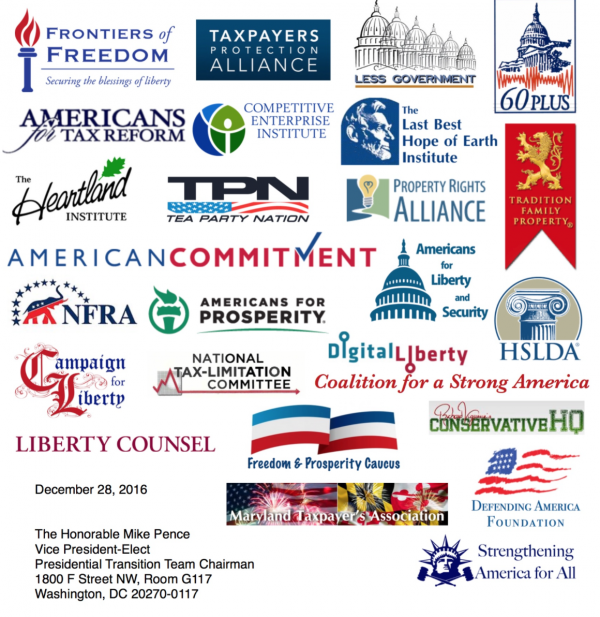 It’s just not “midnight litigation.” Just as important and perhaps even more of a frustration for the Trump Administration will be contriving members of the GOP, Obama and whatever activities he might involve himself, the disloyal opposition of the Democrats, activist judges, entrenched supporters of Obama in the Federal Agencies, as well as the MSM.

So, if any persons are of the opinion that now that Trump/Pence will head a new administration it’s time to observe from the sidelines, I’d say that this is greatly mistaken. The “battle” has just begun.

It bears remembering…on an optimistic note…that Barracula and his minions are the MOST reversed administration by the Federal courts in history…often by unanimous holdings.

PLEASE, would you look up the meaning of “regime”, and use it properly? Please?

Several right-leaning non-profit organizations have come together to urge the waning Obama administration to abstain from “midnight litigation”.

Where does this come from?

Urging the Obamites to ease up on their raping and pillaging would be an exercise in futility. Just noise. And we’ve had a lot of useless noise this past eight nears, none of which accomplished anything worthwhile.

But that’s not what this letter is about. It’s addressed to Pence, not to the chieftain of the Mongol horde. Now that the cavalry is riding to the rescue, the victims are pointing out some of the more obvious targets for immediate counterattack.

All of which may be superfluous, but is not obviously futile.

Then, when they are gone, take the cases they filed, quickly enter into consent decrees that include language that rolls-back or precludes enforcement of whatever rule, law, decree the new Admin wants to do away with, then give a big fat THANK YOU OBAMA! shout-out since he provided the legal mechanism to wipe his ‘legacy’ from the face of the earth!

In NY, Mayor DeBlasio declined to continue the City’s appeal from a ruling finding the stop and frisk program unconstitutional. And, as I recall it, the Obama administration ceased a lawsuit involving election intimidation by Black Panthers in Philadelphia. I anticipate similar action from the Trump DOJ.