Second such flight since Trump won the presidency 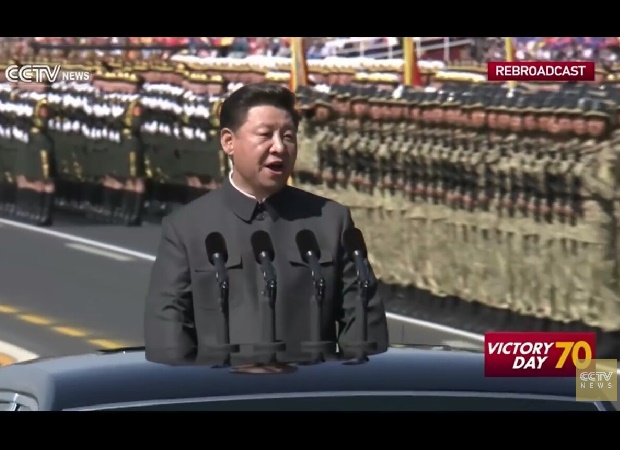 China is apparently still fuming about the phone call between President-elect Trump and Taiwan’s freely-elected president, Tsai Ing-wen.  To vent some of its frustration and presumably to remind the world of its nuclear capabilities, China sent a nuclear-capable bomber out to fly around in the South China Sea.

While there were reports of such a flight prior to the call, U. S. officials have confirmed that another flight took place on Thursday.

China flew a long-range nuclear-capable bomber outside China for the first time since President-elect Donald Trump spoke with the president of Taiwan, two US officials told Fox News.

The dramatic show of force was meant to send a message to the new administration, according to the officials. It marks the second time Beijing flew bombers in the region since Trump was elected.

Even more concerning for the Pentagon, China has been seen by American intelligence satellites preparing to ship more advanced surface-to-air missiles to its contested islands in the South China Sea.

. . . .  The Chinese H-6 bomber flew along the disputed “Nine-Dash line” Thursday, which surrounds the South China Sea and dozens of disputed Chinese islands, many claimed by other countries in the region.

The Pentagon was alerted to the Chinese flight Friday. It was the first long-range flight of a Chinese bomber along the U-shaped line of demarcation since March 2015, according to the officials.

China has been working busily over the past several years to build up its military presence in this area.

The head of the U.S. military’s Pacific Command, Admiral Harry Harris has repeatedly warned in the past year about China’s continued military build-up or “militarization” of the South China Sea.

In October, a US Navy destroyer sailed close to Woody Island in what the Pentagon calls a “freedom of navigation” operation.  The Chinese called the act “provocative.”  It was the fourth such operation by the U.S. Navy in the past year.

China has constructed over 3,000 acres of land atop reefs in the South China Sea in the past few years. It now has three runways and has sent bombers and fighter jets to a number of them.

You may recall that Chinese jets buzzed U. S. spy planes several times this past summer.