We need more people like him in this world. 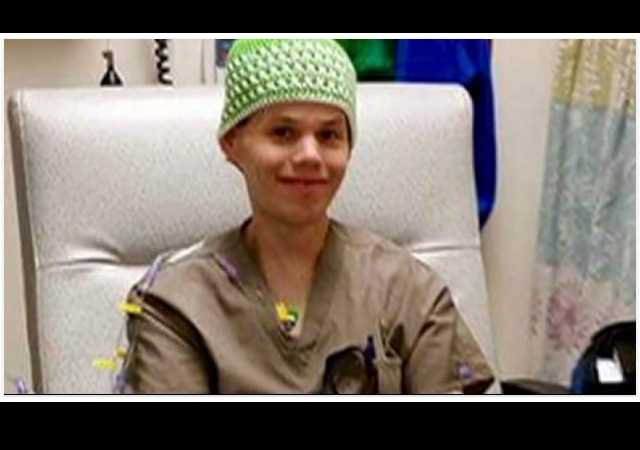 We ned some good news, don’t you think? Cancer patient Josh Katrick won free pizza for a year from Mario’s Pizza in Northampton, PA. However, he told manager Frank Grigoli he wanted to donate the prize elsewhere:

“I’ve been getting so much from family, friends, people I don’t even know well, the last few months,” Josh says. “Getting so much love and support, I just wanted to give back to people that could use it more than I could.”

Josh wrote Mario’s back and asked if he could give his free pizza to someone else.

Frank remembers the conversation. “We asked the question, ‘who are you thinking?’ and he said, ‘Northampton Food Bank.’ And it kind of it hit a nerve, in the heart,” Frank says.

So, a pizza shop known for spreading the warmth, decided this Christmas to spread it a little further.

They’re giving both Josh and the food bank free pizza for a year.

Giuseppe Aiello, son of the the owner Giovanni, said “it’s a great time to think about” giving rather than receiving during Christmas while Grigoli said the owners “can’t think of anything better” than to reward Katrick for his generosity.

But his generosity has not stopped:

Josh, still reluctant to indulge in all the pizza coming his way, told CNN, “Maybe I’ll share with my friends on Facebook [and] make a contest of my own to see if anyone would like some pizza.”

Awesome young man! If I had a son, I’d hope he would be like this young man.

Thank you, Mary Chastain, for this maybe-there’s-hope-after-all account. It’s also a reminder that there are probably many more young people like Josh than we’re aware.

We’ll pray for him and give thanks for his generous spirit. God bless him and Frank Grigoli, as well.

God has given him strong character and I hope he will give him the strength to get through this illness.

Oh, how absolutely excellent!! Keep on fighting, Josh. The world very much needs people like you. God Bless you in every way possible.