Brace Yourself for the Eggnog Shortage

Brace Yourself for the Eggnog Shortage

Better yet, just make some at home 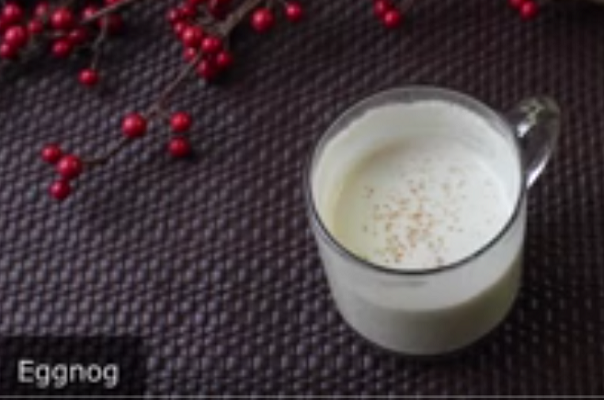 Kemberlee has already warned of the whipped cream shortage this year, and it appears that eggnog is also on the yummy endangered list.

If you’re craving some eggnog on Christmas, you may be out of luck: The U.S. is facing a major shortage of the holiday drink this year.

Organic Valley is “having a record-setting eggnog season,” Eric Snowdeal, a brand manager for the company, first told the Journal. Its eggnog sales up 60% over the last year, compared with 5% increases in recent years. Another eggnog producer, Ronnybrook Farm Dairy of Pine Plains, N.Y., underestimated demand by 25%—leading the company to expect a shortage of drink this year.

Eggnog is a creamy, yellowish drink made from milk, cream, spices such as cinnamon, nutmeg and clove, and of course eggs. The eggs are usually used for texture and froth, but are heat-pasteurized for safety, according to the Journal. It was popularized by 18th century American colonists, and is often combined with brandy, bourbon, or rum.

“Spiked” eggnog is the yummiest, and here’s a video on how to make it at home (just skip the “add the bourbon” step if you like yours without).

“Spiked” eggnog is the yummiest.”

I’ll drink to that!

I make a gallon of egg nog every Christmas from the recipe of my long deceased grandmother, a native of Scotland. Make a lot of her shortbread, too, throughout the year.

Never tried alcohol in my egg nog since I don’t drink, but I did use mushrooms once for a school board meeting long ago, before the restraining orders.

Yeah, only because I ducked at the last minute! You owe me a new windshield!

Aw, shucks! Nice to know you missed me, too! Been very busy but hopefully I can check in a little more often. Happy New Year!

“just skip the ‘add the bourbon’ step” – Why that’s an outrage! It ought to be skip everything except the bourbon, especially when it’s Four Roses – Single Barrel.

I would never worry about an egg nog shortage. A whiskey shortage on the other hand would give me considerable concern.

Does this mean that this Christmas is a particularly happy time? It is for me.

No prob with either eggnog or whipped cream in the LA area. I have both in my refrigerator!

I’m on my sixth half-gallon this month. Have a glass of it in front of me right now.

Hot buttered rum is nice on a snowy day, too.