“Wow. Demand is definitely up.” 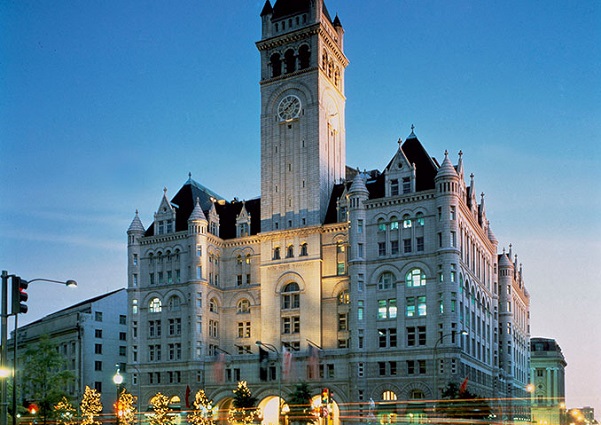 Bookings at Trump’s DC and NYC hotels were down while Trump was campaigning against Hillary; however, now that he’s going to be the nation’s 45th president, people are flocking to his hotels.

Bookings at Trump hotels in Washington, DC, and New York — which plunged during Donald Trump’s presidential campaign — have spiked since his victory.

The Trump International Hotel Washington, DC, just blocks from the White House, has seen a 20 percent increase in reservations and is sold out for Inauguration Day weekend in January.

“Wow. Demand is definitely up,” said Jack Ezon, president of Manhattan-based travel agency Ovation Vacations. “I didn’t expect it to happen so quickly.”

Bookings at the Trump International Hotel & Tower New York are up 18 percent since Election Day, and there has been a 15 percent rise at the Trump Soho New York, Ezon told The Post.

Gotta start kissing ass to make up for all the snide comments and declarations that they’d vote hilldawg before President Trump.

In the long run, he’ll make more than she would have renting the Lincoln bedroom.