Trump hopes the men will help the economy. 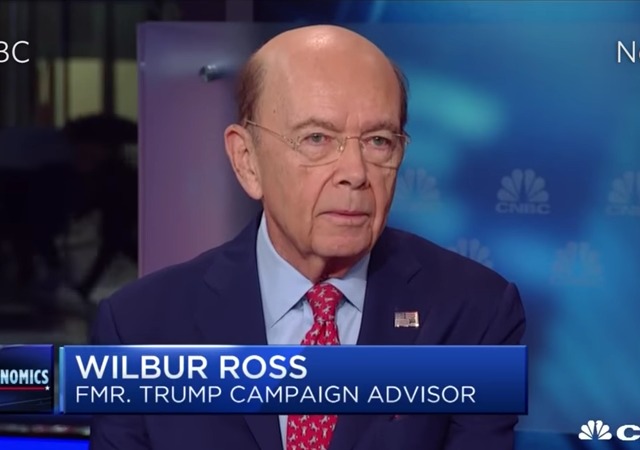 “This team will be instrumental in implementing the president-elect’s America First economic plan that will create more than 25 million jobs over the next decade,” said the incoming Republican president’s transition team.

“Wilbur Ross is a champion of American manufacturing and knows how to help companies succeed,” Trump said in the transition team statement.

“He is one of the greatest negotiators I have ever met. Wilbur knows that cutting taxes for working families, reducing burdensome government regulations and unleashing America’s energy resources will strengthen our economy.

Ricketts, along with his father, has turned the Chicago Cubs into a world champion. However, the Ricketts and Trump did not get along in the primary when the family backed Wisconsin Governor Scott Walker. But once Trump won the nomination they backed him:

“Todd Ricketts is an immensely successful businessman with unparalleled knowledge of the finance industry,” Trump said in his announcement. “As Deputy Commerce Secretary he will help us cut waste and streamline government so that it works for the people of America. The incredible job he and the Ricketts family did in the purchase and turnaround of the Chicago Cubs – one perfect step after another, leading to the World Championship, is what I want representing our people. I am very proud to have him on our team.”

Ricketts met with Trump last week and said in an interview Monday it was “an honor” to be considered for the position.