He asked the prime minister to come at “first opportunity.” 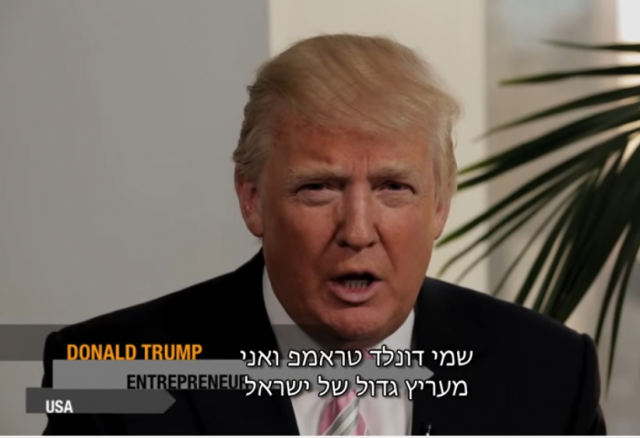 President-elect Donald Trump and Israeli Prime Minister Benjamin Netanyahu have known each other for a long time.

Trump has just reached out to Netanyahu and invited him to the White House after his inauguration:

Trump and Netanyahu, “who have known each other for many years, had a warm, heartfelt conversation,” the statement said.

“President-elect Trump invited Prime Minister Netanyahu to a meeting in the United States at the first opportunity,” it said.

Netanyahu responded by saying that he and his wife Sara were looking forward to meeting the president-elect and his wife Melania.

Regional issues were also raised during the phone conversation, the statement said, without elaborating.

Earlier on Wednesday, Netanyahu congratulated Trump on his election victory, saying the Republican is “a true friend of the State of Israel.”

“We will work together to advance security, stability and peace in our region,” Netanyahu said in a statement.

“The bond between the US and Israel is based on shared values, shared interests and a shared future. I am sure that President-elect Trump and I will continue to strengthen the special alliance between Israel and the US and we will bring them to new heights,” he added.

President-elect @realDonaldTrump, my friend,
Congratulations on being elected President of the USA. You are a great friend of Israel. pic.twitter.com/KmtY1ThB5r

Generally, I believe it could be rightly said that the enemies of America or those who would see her in a mediocre condition were less than pleased with Donald Trump’s election. Those who are her friends and not threatened by a strong America are quite pleased with the results.

“A picture is worth a thousand words.” That smile on Israeli Prime Minister Benjamin Netanyahu’s face speaks volumes!

I think it might be smart to ask Britain for the Churchill bust back also. Maybe he can lay the groundwork for repairing our relations with other countries before even taking the oath.

I would advise Trump to ask for a bust of Disraeli instead or in addition. A conservative, Disraeli was into voter reform which included the forgotten and ignored. It would send an interesting message.

It is to be hoped. The man’s got his work cut out for him.