Sometimes age is just a number 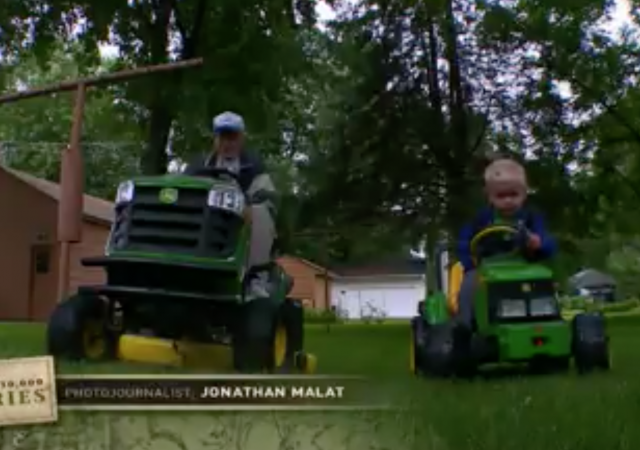 The election is less than a week away. It’s been an awful cycle. You deserve to have some feel-good story in your day. Like this one…

“Every time he saw me out there, he would come running over,” Kindem, a World War II veteran, told KARE, an NBC affiliate in Minneapolis. ” ‘Erling, got any ‘matoes?’ ”

He is speaking of his dear friend and young next-door neighbor, Emmett Rychner, in Farmington, Minn. Although Rychner was just a boy and Kindem an elderly man, the pair grew close, and their friendship was featured on the local news.

“They kind of bonded over the tomatoes in his garden,” Emmett’s mother, Anika Rychner, told KARE. “Because Emmett loves tomatoes.”

Emmett and his family eventually moved to a neighboring town. Erling moved, too. Still, the unlikely pair remained friends. Emmett sang “Happy Birthday” to Erling when he turned 90. He was there last month, too, when it was time to say goodbye to Erling one last time.

Erling passed away in October, shortly after his little friend visited him.

Bill Clinton had little boys as ‘best friends.’ (Or were they little girls?)

Sources within the New York Police Department are confirming that the NYPD is currently investigating allegations that Bill Clinton performed sexual acts on underage girls ranging from 5 to 14 years old in recent years.

You think it’s a COINCIDENCE that both Weiner and Clinton go for the pre-teen crowd??

Your comment was profoundly unnecessary. This was a sweet story. You just left a huge ink stain.

That stain is not ink.

I don’t have any idea what would motivate anyone to make such a comment on this thread. It would be appropriate elsewhere but not here.

I grew up down the street from him- very close friends who are family.