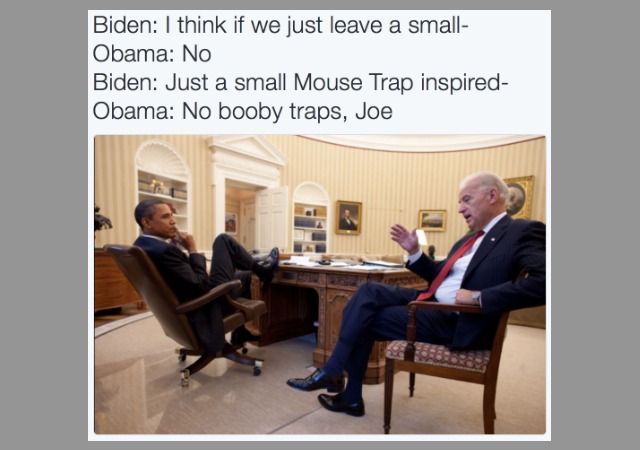 Since the presidential election last week, there’s scarcely a corner of the internet free of nasty contentiousness. Thankfully, not everyone has lost their sense of humor.

A handful of memes imagining President Obama and VP Biden’s White House departure are easily my most favorite things on the internet right now. Especially since they play on Uncle Joe as well…Uncle Joe. Most of the memes show Biden suggesting ways to prank the incoming presidential crew, but all of them are lol-worthy. 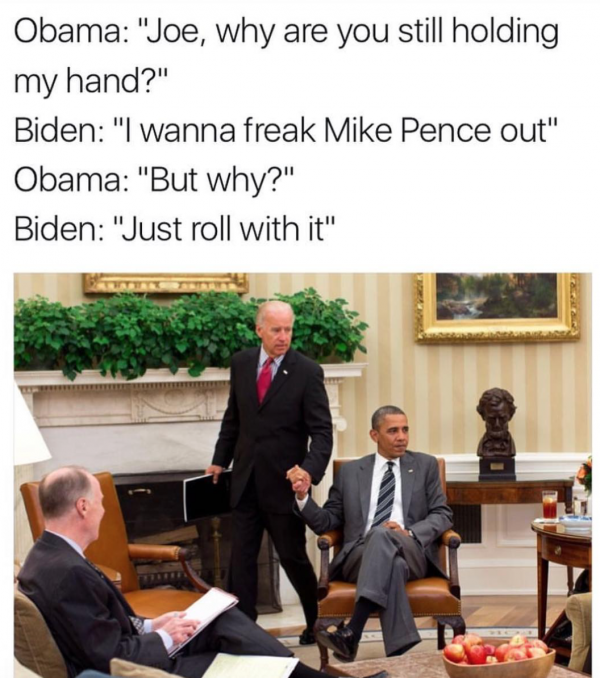 Obama: Did you replace all the toiletries with travel size bottles?
Biden: He’s got tiny hands Barack, I want him to feel welcome here pic.twitter.com/e7NRIZ43Ww

Biden: Ideally I’d like to include traps from all of the Home Alone movies, but we’ve only got two months so the Home Alone 2 plan is fine pic.twitter.com/iFkkJNmkvl

“Yes Mr. Trump, I took Joe’s pocket knife away and we’ll get you some new tires for that limo right away, but I can’t make him say sorry” pic.twitter.com/wULtfJqu85

Biden: “Guess who just upper-decked the toilet outside the Oval Office?”
Obama: “Dammit Joe, I have to live here for two more months” pic.twitter.com/xBGOslRIRa

Biden: Check out this apartment in Georgetown I found for us
Obama: Joe I don’t think you understand-
Biden: Is the bunk bed too much? pic.twitter.com/54JTLPKBBN 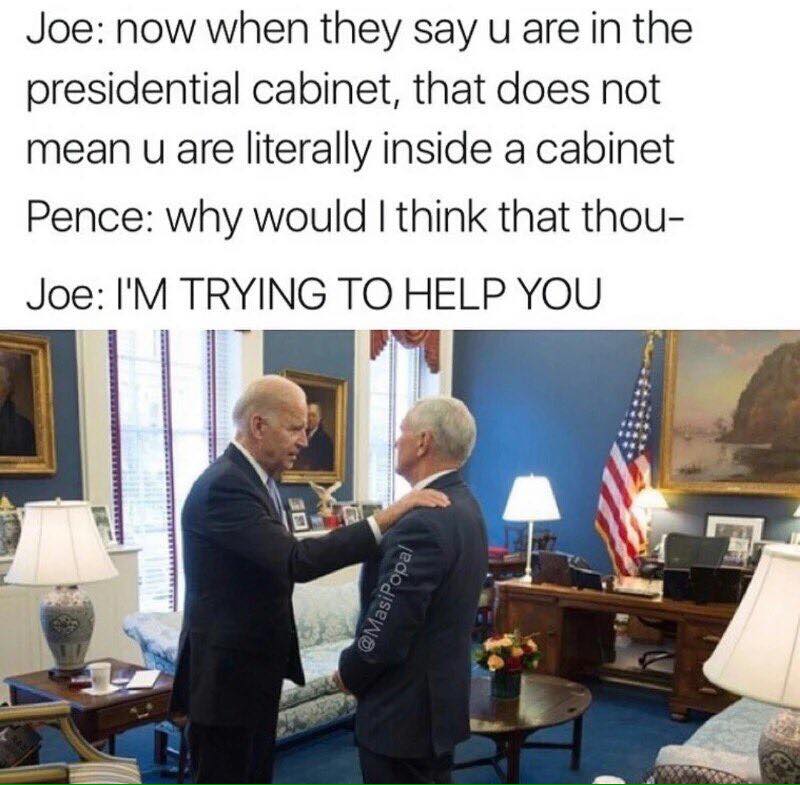 Obama: Tell Joe why he can’t booby trap the White H-
Biden: Now hold on a second, just know that no matter what you say I’m doing it anyways pic.twitter.com/7BGPAnWeiY 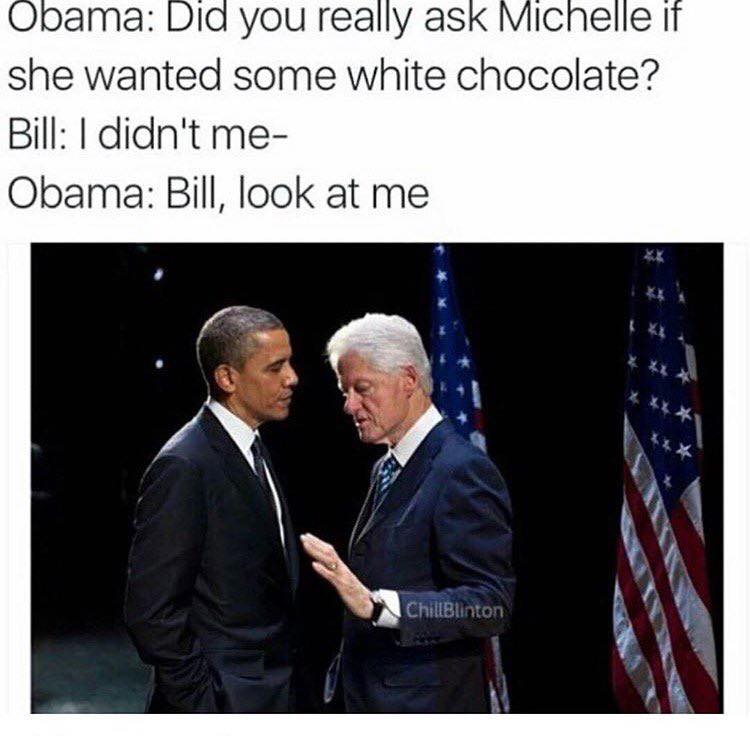 Obama: How’d your meeting with Joe go?
Pence: He had the craziest look in his eyes, and at one point he said, “Let’s get it on” pic.twitter.com/yxzdSQm4Li 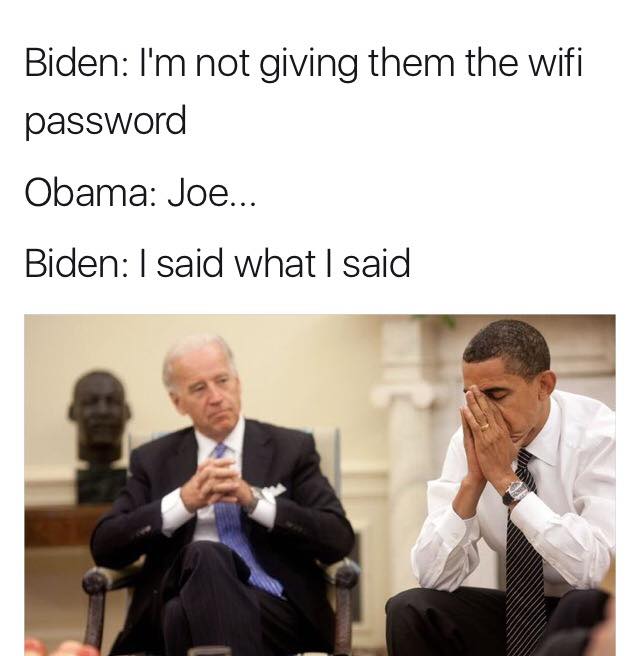 Obama: Don’t discuss Titanic with Joe
DiCaprio: Why?
Obama: He’s still upset. He thinks you could’ve fit on that door, and I don’t disagree pic.twitter.com/cVDgh8QqrK 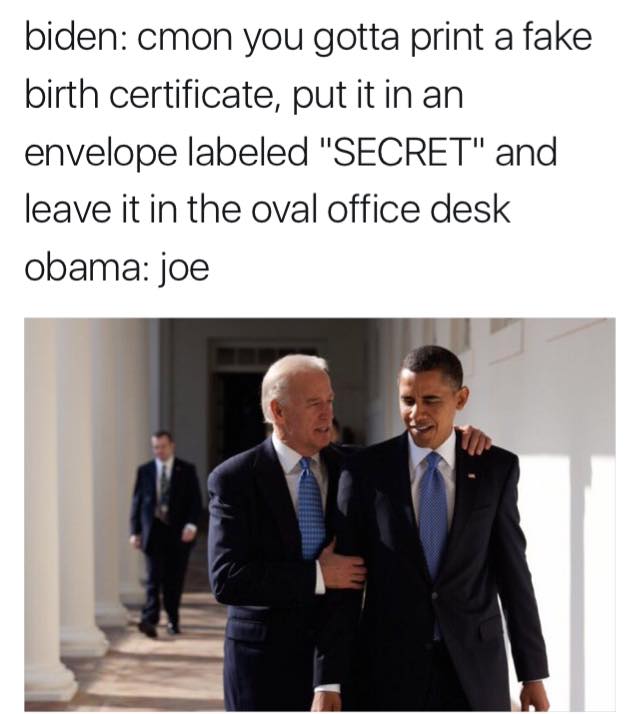 Biden: Hillary was saying they took the W’s off the keyboards when Bush won!
Obama: Joe put-
Biden: I TOOK THE T’S, THEY CAN ONLY TYPE RUMP pic.twitter.com/D6Vh7Zu429

Biden: When they start talking about the Inaugural Balls, don’t grab your crotch and smile
Pence: Why wou-
Biden: IT’S MY JOKE. DON’T DO IT pic.twitter.com/eFkBIie517

Biden—"And that's why the Cowboys should start Mark Sanchez." pic.twitter.com/0wpfbSkOlA

As far as I can tell, Josh Billinson is the man to thank for all the laughs, or most of them anyway. He was the first to make the memes and the rest of the internet piled on. Well done, good sir. Well done.

The one about the birth certificate is inspired.

I wonder how Biden is reacting to these jokes?

That jerk actually has his foot up on the Resolute desk.

Putting feet on the desk is just his measure of the respect for fine furniture and anything else of quality. He is after all the king and can do no wrong.

feet on furniture is a mark of low class.